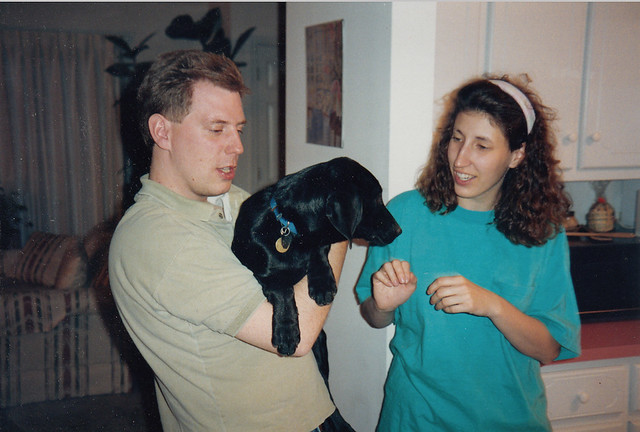 Steve and I met up in D.C. for a day or two before we went on to North Carolina. It was right before the Holocaust Museum opened. We noted there were a lot of gay couples in the area, not that there is anything wrong with that. We learned later that there was gay march on The Mall the following day.

We stayed in Georgetown. Went to some pub. At that point, it was the first place I ever found Pilsner Urquell on tap.

We continued on to Richmond. Oli was the first of us to settle down. While not married yet, he and Lara had purchased a house and had dogs (Sedona and ?). We went down there to visit.

It doesn’t matter who you are or what you look like so long as somebody loves you.