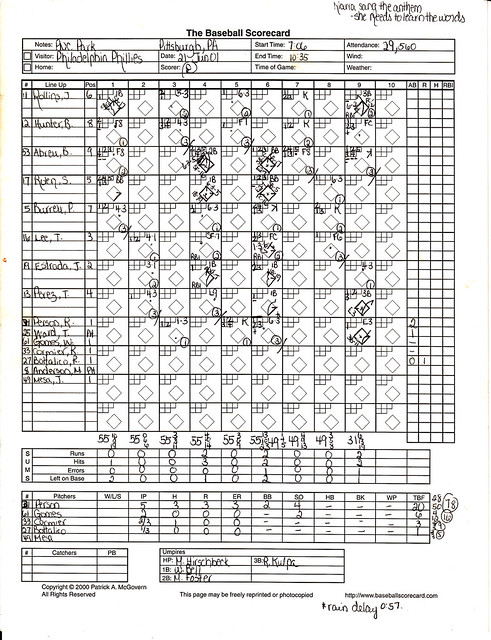 Back again in Pittsburgh for another Phillies game.

I went to the Andy Warhol Museum during the day. Loved it! Unlike the Rock and Roll Hall of Fame yesterday, this museum was fascinating!

I learned much about the pop artist. I also watched a lot of film, much of it including Edie Sedgwick. It was there that I bought the book, Edie: American Girl.

Before the game, I walked around some. I went down to Heinz Stadium and then ended up at a bar drinking Steel City beer before the game.

Most memorable from this trip was the ride home. I drove through Harrisburg. I had the radio on as I did. Not sure why, but I had gotten off to an early start as it was in the six o’clock hour as I drove through. Anyhow, the news was rolling when all of a sudden it was announced that at the previous evening’s board of education meeting, the board approved the hire of former Vineland superintendent Gerry Kohn. I almost drove off the road! Interestingly, Kohn’s tenure in Harrisburg was as rocky as it had been in Vineland.