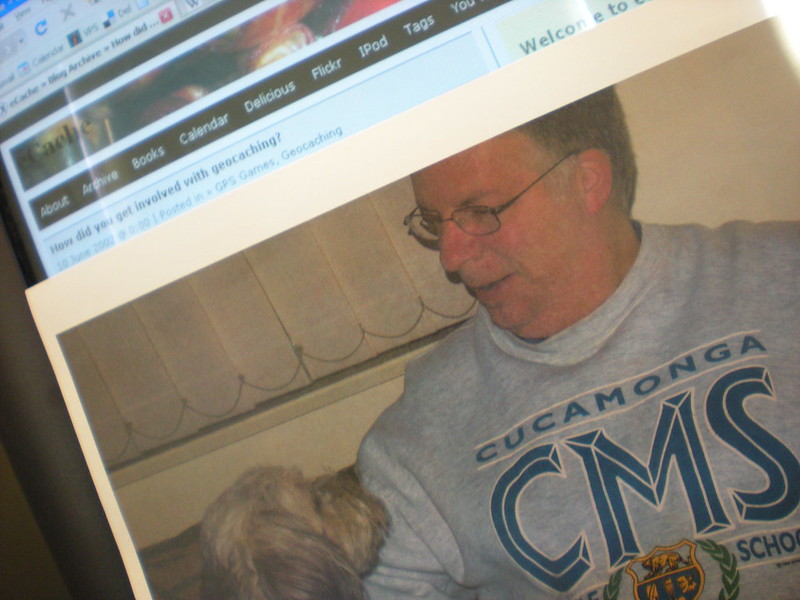 I had a fellowship with the Franklin Institute in Philadelphia that began in 1998. One of the other fellows, Webfoot, was from California. We struck up a friendship during our work together.

One morning at breakfast, I noticed Webfoot spending an inordinate amount of time organizing his bills. I inquired and he shared with me his involvement with Where’s George. I was fascinated about it, but forgot about it soon after. Several months later we were together again and I saw the bills again. Soon after I began tracking my own bills.

A couple years later, Webfoot and I had gone our own ways, but still kept in contact via e-mail. He sent me a link to a magazine article in which he was quoted. It was about geocaching. The article had a link to GC.com and I immediately checked it out. After poring over all the What unit should I buy? threads, I purchased a unit two days later.

So, thanks to Webfoot, I have been turned on to two interesting activities.

2 thoughts on “How did You Get Involved in Geocaching?”

Climb that hill, stay on your feet
Scramble for your footing when it gets too steep