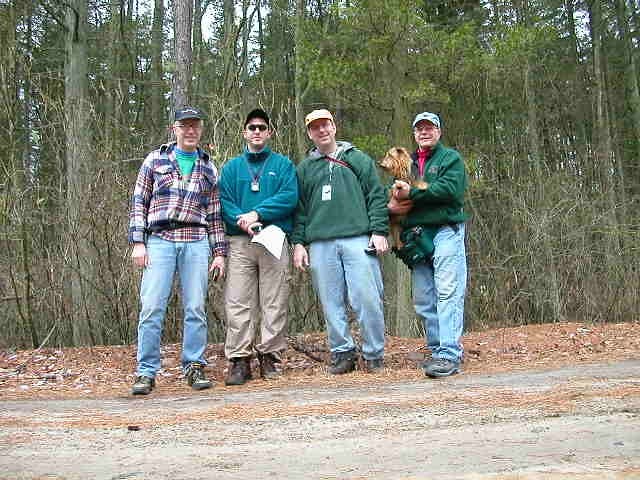 I drove in only to be greeted by a father and son in blaze orange and guns. I went by them to the bridge. I took some photographs and then headed to the cache.

Around and around I went. After a while, I kept being sent to the same little area. I scoured it from head to toe and found nothing.

Along came a Ford 150. He went by me to the bridge and stopped. I thought my car may have been blocking him. He came back and we chatted for a bit. He, a hunter, was looking for a way across. But he was hesitant to try the bridge. The caution tape was still about, although not strung across. It was his feeling that if the bridge was ready for prime-time, the authorities would have moved the tape completely. He decided to drive around.

FWIW, I agree with luvs2yak, how will anyone ever get under this bridge?

Anyhow . . . I had the GPSr out in the middle of the road to try to lock better on the sats. Along came a Jeep . . . with Delaware tags. I rushed to move the GPSr so it wouldn’t be run over. A few minutes later there appeared Metazbad, Jimmycache, Kayaken, and Dundee.

It’s always nice to meet folks on the hunt. All tolled, I think I was in this area for an hour and a half. None of us found anything.

Focus on the past and that’s what will last