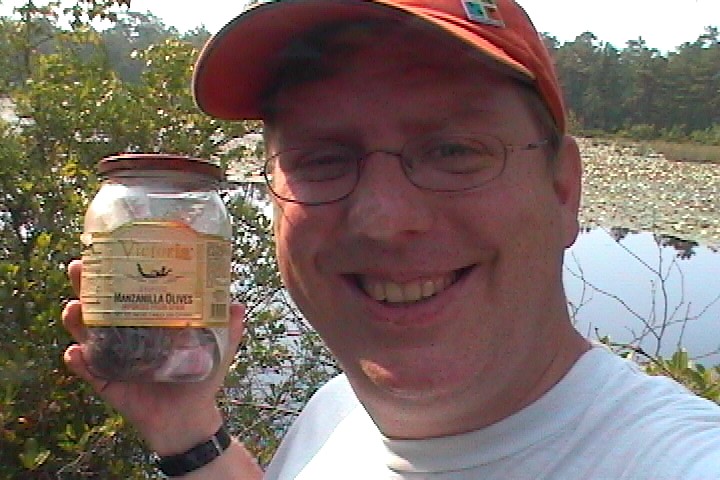 Well, when I arrived on the scene there were many trucks about. Lots of folks were milling about in the middle of the depression that was surrounded by a bunch of sand roads. Noticeably, there were beavers scurrying about everywhere. When I walked up to a ranger-type guy and asked him what was going on, he told me that they were investigating. ”What?” I asked. He began to explain how there was water here yesterday but not today. I was shocked! I showed them my cache page for the cache and Floopy’s log. They seemed interested in it as they asked if they could have it. I gave it to them.

Nah . . . it was quite an adventure finding the correct road in. I got there pretty directly until I realized it would put me on the wrong side of the washout. After a little work, the correct road in was located. I made it to the area without trouble and found the cache. Bullfrogs began croaking as I signed the log.

I am very happy to clear this cache that has been sitting on my watch list for a year+,
Fro.

Humility is the only defense against humiliation.