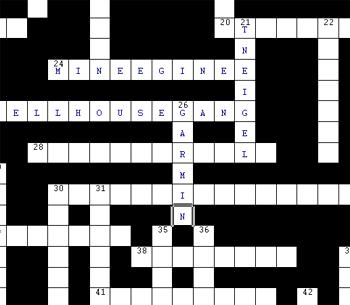 This cache is in honor of South Jersey’s first found cache.

Hidden on 24 February 2001, Atsion Crossword – Pine Barrens, became the first cache found in South Jersey. The cachers who found this one are part of our history. None seem to be particularly active these days, at least not in this area.

The original cache was a crossword themed cache. It disappeared during a controlled burn. Another well-known South Jersey cacher placed a cache in the general area that was quite popular. That has been archived as well.

This cache is placed at the coordinates of the original, has crossword puzzles to complete, and is filled with goodies supplied by the wonderful South Jersey cachers who attended A Piney Luncheon event cache over at the Pic close to three years after the area’s first cache was placed.

One thought on “Atsion Crossword Again”

It is not enough simply to go from here to there, from this moment to that one. We need our moments and our days to add up, to mean something, to cumulate.