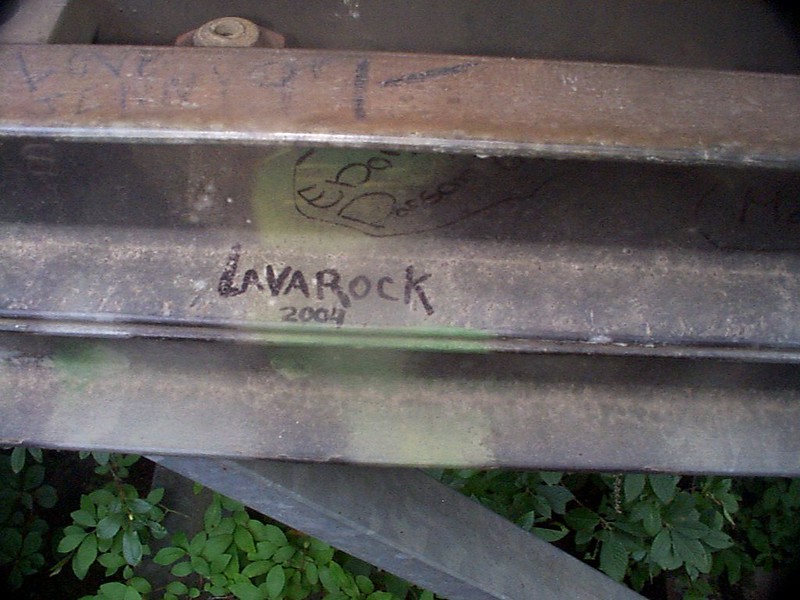 I hooked up with Ken to tackle Tom‘s private label night cache. Actually, that is not what we planned on doing, but what we ended up trying to do.

Anyhow, after meeting up in Atsion, we took off down Quaker Bridge. Ken needed one of the Moose/Tom night caches. I told him we missed it, but he kept going. 🙁 We got to Quaker Bridge and as I suspected, I had walked over it previously. Micros. Blech. But micros when they are moved from their original positions beneath a bridge which the cache owner and other cachers have left their graffiti on is just not fun.

Anyhow, I signed in and we headed out.

Though my problems are meaningless,
that don’t make them go away.
I need a crowd of people,
but I can’t face them day to day.

— Neil Young, On the Beach