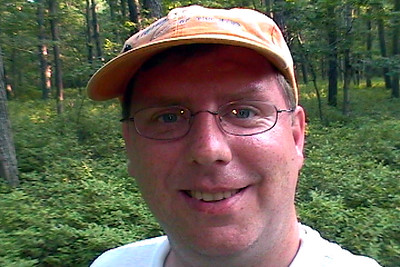 I do not know. The main orange hat is from the Odyssey of the Mind competition. I never wore hats much, but I liked the material on this one and I purchased it at a competition for which I judged. I am so not the fashion-type, but I think it is considered an unstructured cap. Anyhow, when I began caching, it seemed to end up on my head.

After some time it became dirty. My wife did not approve of me wearing it. She purchased me an orange Old Navy hat. I wore that for a bit, but went back to the first one. It has been broken in for my head just right that I like wearing it.

More recently, a third orange cap has made its way into my wardrobe. It is similar to a Gap hat, but is a GOP hat instead.

One thought on “What Is It with That Orange Hat?”

Easy is the path to wisdom for those not blinded by ego.