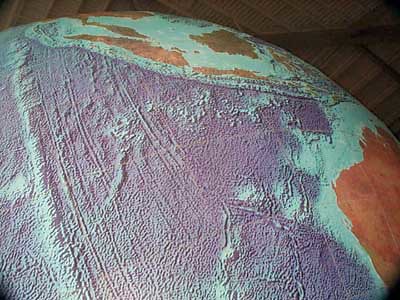 Sometimes called number hounds, these folks justify their actions. Logging a cache that was hidden under a pseudonym is justifiable because otherwise it would show up on my closest to find list. Big whoop. Anyhow, there is now an ignore feature. Has it been used and the finds removed? The same can be applied to the adopted cache. Again, has it been used?

There is no justification for logging a find on a cache which one has not visited. None. Whether it be the split group, the waiting in a car while someone runs and logs it, or finding a cache on the Internet, none of these are finds.

I was reminded of this today. I installed a plug-in for Firefox that provides me a drop down search of GC.com. I was fiddling around with the different modes. The found: feature is something I do not use much, but I tested it today. Following a link from that, I came across the What in the World Cache? cache.

What in the World Cache? is an interesting cache to me. I believe I could have been the FTF on this cache way back when. I was in a chat and someone brought this cache to the group’s attention. Within five minutes I had the answer. It is possible others had logged this already; I cannot be certain it was so long ago. Anyhow, I knew all about it years ago. I did not log the cache for even though the cache owner encourages Internet finds, it is not a geocaching find. Using my definition of geocaching (using a set of coordinates recreationally to find something), one can easily see why. Yes, coordinates are used to locate, but it is the something at a location that fails with Internet finds. Using a set of coordinates to locate the name of a building using some maps, is not locating something.

While I disagree with those who log finds on their own caches as outlined above, the nearest to find list is helped by doing so. Yes, that is easily dealt with in many other ways, but that is a benefit. But Internet finds on a cache in Maine does not present that same situation. That cache is not clogging a nearest to find list. The only reason to log that cache without visiting it is vanity. The increase in a cacher’s profile is the only benefit gleaned from this. It doesn’t matter that it is tacitly permitted, logging it in this fashion puts another number on the find count and that is it.

Why do folks do this? I truly do not understand.

Loosening one’s personal ethics to accommodate this kind of find shares with the community what one is.

2 thoughts on “What Some People Consider Finds”

When you stopped to think about it, he reflected, there weren’t many things in life one truly needed. To want too much was worse than greed: it was stupidity – a waste of precious time and effort.