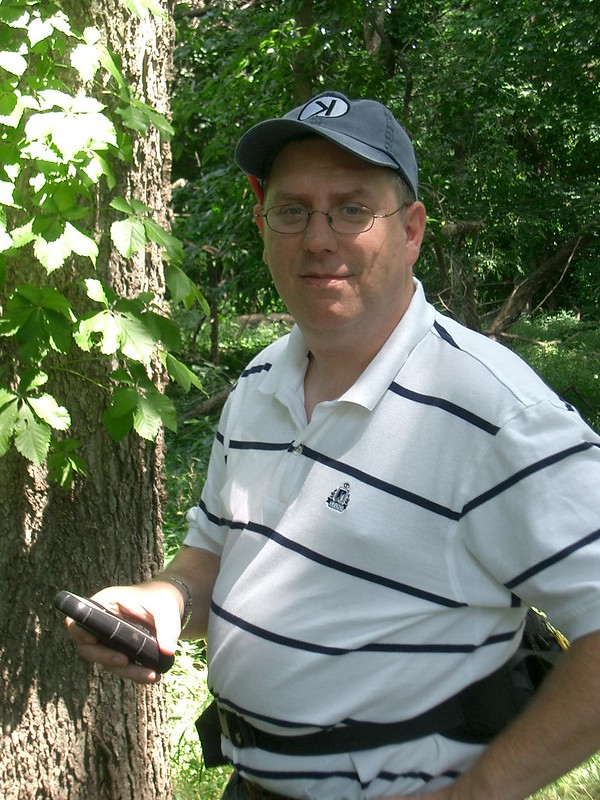 Okay, yet another stage of my birthday present. It took me a bit.

The memorial had something to do with Daniel Boone. The film canister was eventually found after some yucks from the peanut gallery.

I was totally out of my element here. In order for me to move the traveling cache I had to find a place to move it.

So, we hid a cache, found part of my birthday present, and logged a virtual. Rather productive.

Oh, anyhow, we parked outside someone’s home across the street. We were in a car with Oklahoma plates. We piled out with GPSrs and an ammo box and a backpack. If I were the homeowner, I would have been concerned. Particularly when our crew returned without the ammo box.