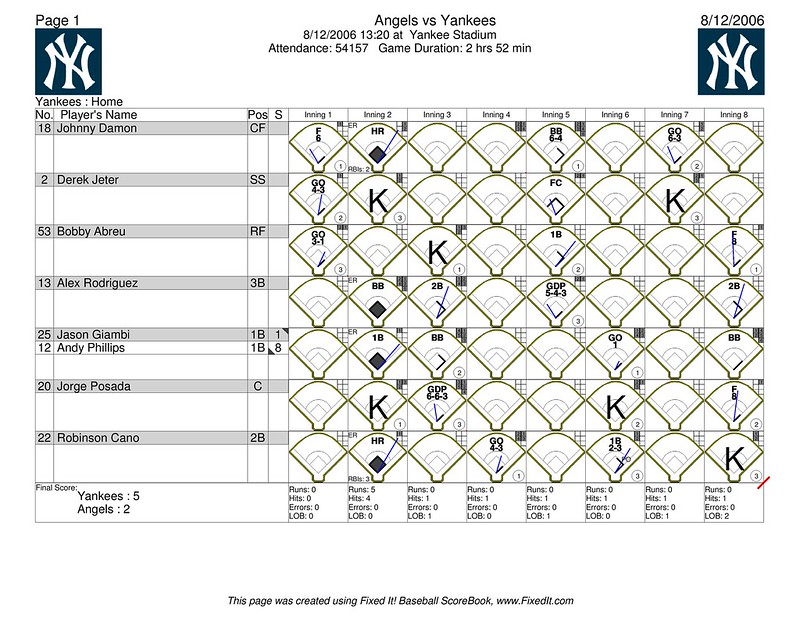 Once again Fox proves it is not a fan of baseball. I watched the game of the week and suffered through Tim McCarver’s prattling. I think on games sans Joe Buck, McCarver steps up his obnoxiousness. Fox must have a quota on how frustrated it wants its viewers. Dick Stockton just can’t keep up.

Anyhow, each half inning finds the home scorer checking Gameday for the first pitch as Fox does not get back from commercial in time.

In the bottom of the fifth, Fox cut to a live interview with Yankee manager, Joe Torre. For one pitch, the batter wasn’t even shown. Of course, neither announcer commented on the play on the field.

It is just so frustrating watching Fox broadcasts. For all the money it spends for the rights to broadcast the New York games of the week, you would think it could develop some good play-by-play and color guys.

. . . Joe Buck may be absent from the broadcast, but Holiday Inn still pays to show his face to the home viewer. Thanks. Let’s see, the reservations that were made recently were for the Ramada, not Holiday Inn. Good.

During the top of the sixth, there was a play at first that the umpire missed. Fox kept replaying it to the detriment of the action on the field. The second ball to Cabrera was not shown.

Okay, Stockton is now bothering me. He calls Bobby Abreu Bobby Abreo. Arggghhhh! But he has gotten it correct while announcing the upcoming batters. He must have just needed to interject a few mistakes to keep McCarver from doing all that himself.

I hate Fox! Bottom of the eighth and after Abreu flies out, we find out that Andy Phillips is coming up for the first time. Apparently, he had relieved Giambi as a defensive replacement somewhere along the line (top of the inning?).

Is it not the announcer’s job to report what is happening on the field? If one is scoring at home, select a game that is not broadcasted by Fox. They continue to shun the home scorer.

Finally, the game ended and all is right with the world again. And MLB just signed an extension with this cruddy sports division? Sigh . . .