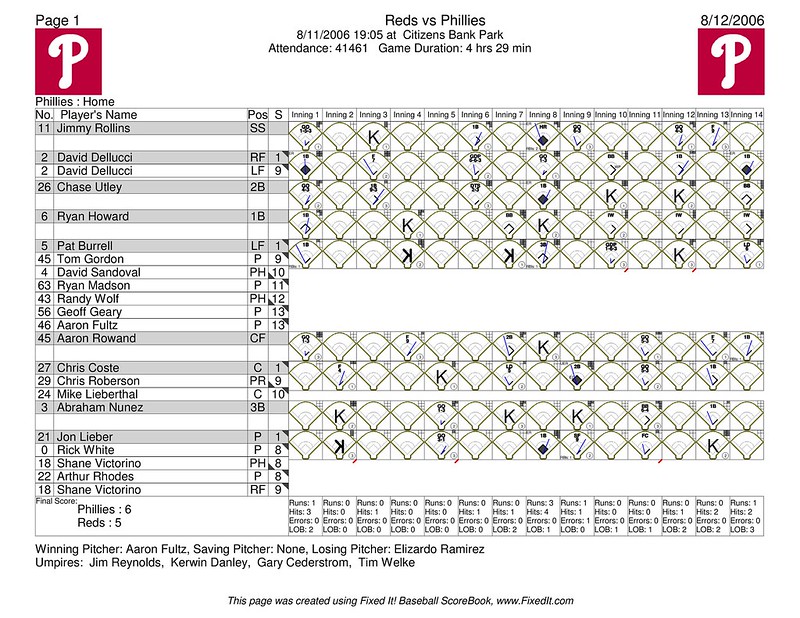 Last night I watched the 14-inning marathon between the Cincinnati Reds and the Philadelphia Phillies. What an exciting game! The lead changes, the tension, the good plays, the blown saves, the three IBB to Ryan Howard in the extra innings, and the game-winning single by Aaron Rowand made for an entertaining evening.

As I ponder that game and look at contention numbers, it occurs to me that the changes in the playoff format MLB instituted are good for the game after all.

I am a traditionalist and have not been enamored with the expansion of the leagues, the smaller parks, the playoff format, etc. that the game has seen in recent times.

But it is now mid-August and being a phan of a sub-.500 team means there’s no hope. But there is a slim chance the Phightins can mount a surge that will put them in the playoffs for the first time since the Macho Row guys in 1993. It’s not much of a chance, but playing the Wild Card leading Reds this weekend has the makings of playoff baseball in August.

Sure, it’s manufactured, but it keeps interest among fans and that is good for baseball.

It’s only the people who are outside of the “norm” that really do anything significant with their lives.

— Ed Tate, Here’s My Bold Prediction for Your Future