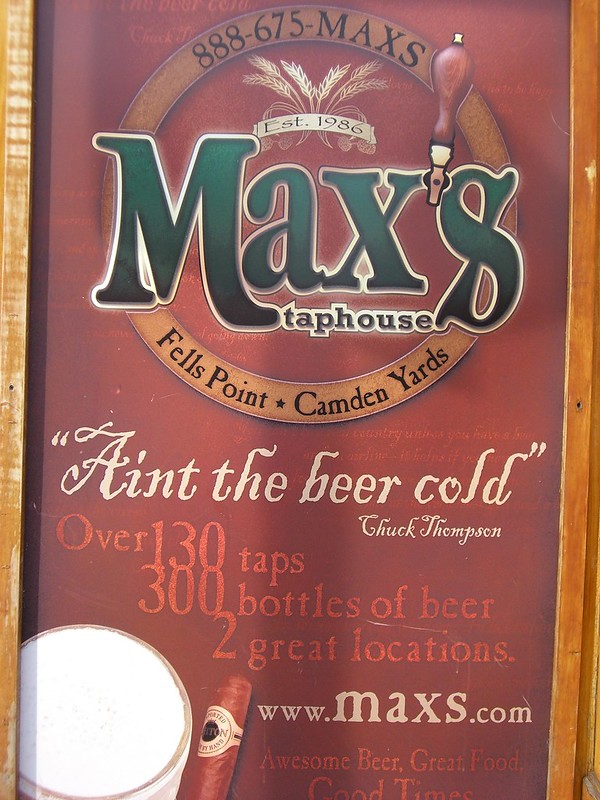 This locationless geocache is now archived.

During the afternoon I took a pleasant walk around Fell’s Point in Baltimore. What a lovely area. At one point I was drawn to a pub named Max’s. It was here that I found the photograph above.

Ain’t the beer cold? is what the side of the establishment asked. Indeed it was!

I pondered the question some more over a pint or two or three . . . Ain’t is a word that conjures some vivid examples:

The task here is straightforward: find ain’t somewhere on an establishment, billboard, or other prominent display.

There are some people, if you give them a mile, they’re going to take an inch.