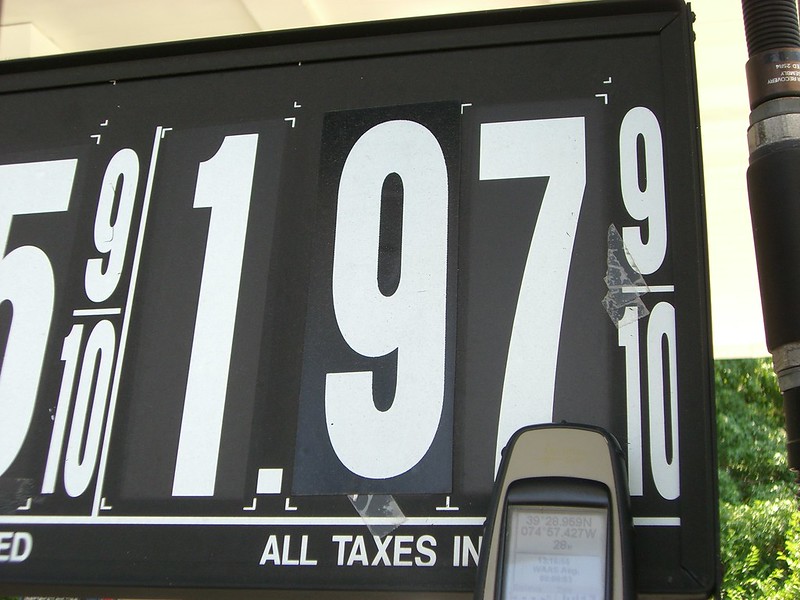 Unlike the others, this gas station has higher prices than current prices. How about that?!? Actually, it’s odd in that Super and Premium are over three dollars a gallon (extremely high for New Jersey, which is usually among the lowest prices in the land) while regular is $1.97. I cannot believe these prices were ever the same at the same time.

This station at the corner of Lincoln and Landis in Vineland was in the news prior to its closing. Several car owners reported problems after filling up here. It seems that in addition to pumping gasoline, sludge was also pumped, thus ruining engines. It wasn’t too long after that that the station closed.

As a reference, I took a sign of the Gulf station across the street for the current prices.