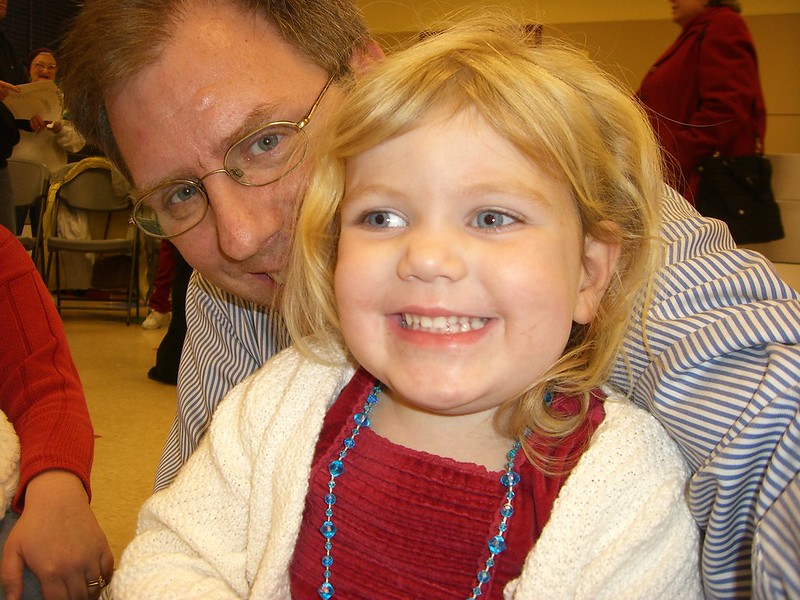 Beetle‘s school (yeah, Mommy‘s too) had a sing along this evening. It wasn’t all holiday songs, but there were a few.

We gathered in the all-purpose room where there were several large rugs spread about. The early attendants shunned these in favor of chairs. We took our spot on a rug next to Beetle’s teacher, Mrs. O’Toole, her husband, and her one-year old son. Fritz was very jolly while Beetle was shy and reserved. She sat on my lap. Even when the festivities began, she wouldn’t get up and dance. 🙁

After a few songs, however, things began to change. One of her classmates, Jayme, sat down near us and soon everything changed. Beetle showed us a peek at what life has in store for us. She is a ring-leader. Beetle, Jayme, and another friend showed off for the entire group as they danced about. The frolicking escapade was quite a sight! Beetle is so cute when she dances.

The singing eventually ended and then the meltdown occurred. Jayme ended up with a lighted Rudolph nose and Beetle wanted one too. Mommy has one for her, but it was not available. All the way out to the car and all the way home and all the way to bed, Beetle whined and cried for her nose. Sing alongs for three-year olds should not last into the evening. Fritz just looked on bemused at his hysterical sister.

2 thoughts on “Sing Along”

I am from the people before me.