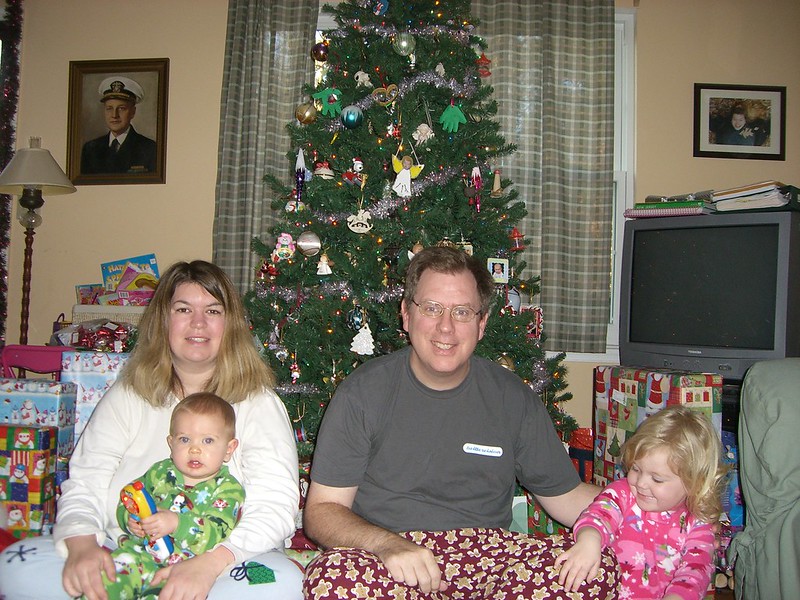 The cookies that were left out were eaten; the milk consumed. In their place, many presents were left!

We made it to about 8:00 before folks began stirring. After last evening’s party, some of us could have slept longer, but 8:00 isn’t too bad.

Everyone came downstairs and the stockings were released for opening. Beetle was very excited! Fritz didn’t seem to understand the hoopla. Beetle is easily pleased and the markers and Barbie clothes put smiles on her face. She liked everything Santa left in the stockings.

Soon enough it was time for the big gifts. First up was Grammy Owens‘s gift for Beetle. We were all faked out as we thought it was one thing and it turned out to be a digital camera for Beetle! Very kewl! It took a bit for Daddy to find all the right sized screwdrivers to disassemble to it add the batteries and SD card, but it eventually happened and Little One has been snapping away. She will eventually sit and learn how to hold the camera steady. 🙂

One present after another was opened. So much for scaling back this year. As soon as Beetle opened one, she asked for another. She became very adept at identifying who the package was for as she read the names. Our little girl can read!

She received many Barbies and Barbie accessories. She received her first gaming system—a V-tech learning center, from Grammy and Poppy. Santa brought her some expansion pack games too. She played the Blues Clues game first. Beetle needs to learn how to use a joystick to better use the game.

Beetle is all set for T-ball as she has her first glove, ball, and bat! She cannot wait until spring when the season begins. Mommy and Daddy gave Beetle a spelling puzzle and a nutcracker.

Fritz was slower opening his presents. He liked the animal crackers Grammy Owens sent. Yummy! Santa brought Fritz lots of games. He has a bouncing ball thing and a farm that lights up and plays music. He also has a Laugh & Learn piano. Fritz really likes this!

We are blessed to have such wonderful children. They loved Christmas morning. Mommy made us pancakes and we used the maple syrup from Maine that Aunt Kitty brought for us. Aunt Kitty spent the night and enjoyed the present opening with us.

We wish you the very best Christmas!

Beetle took the following with her new camera. 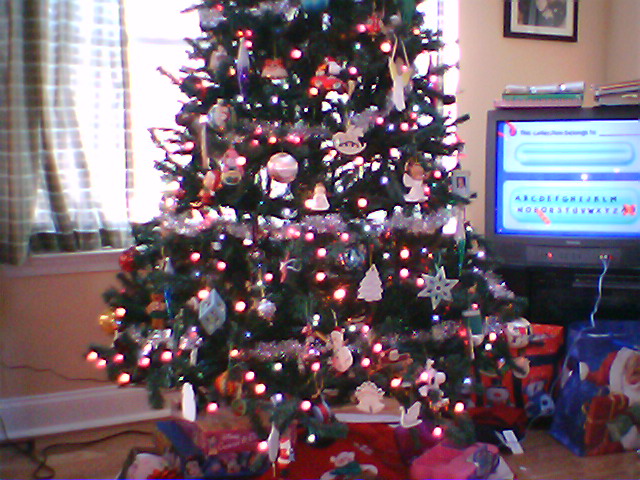 When the winter rains
come pourin’ down
On that new home of mine,
Will I still be in your eyes
and on your mind?

— Neil Young, Journey Through the Past