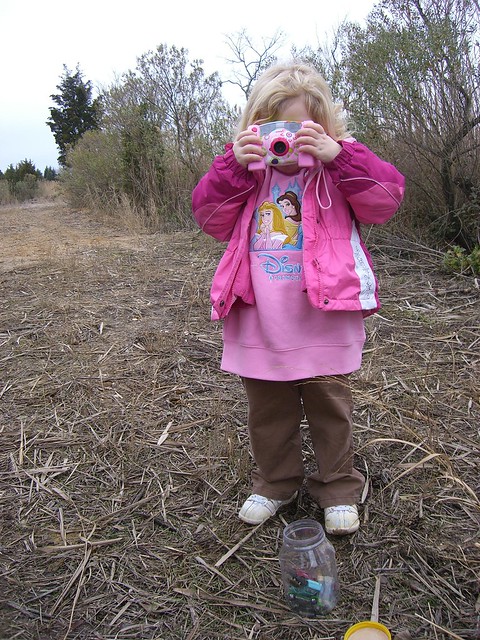 Years ago I took a ride down along the bayshore. I discovered many neat places. I just love these rustic old places. On the way to Hancock Harbor, I kept seeing a road fork off the bend. At first I thought it was a driveway for the historic house there. The more I drove by, the more I realized that wasn’t the case. As with all good exploring, I decided to take the path less traveled.

At the end of the road, a mile or so down, is the Delaware Bay. It’s a fishing spot, but there are islands out there. Islands are good places to place geocaches. 🙂 Closer to the main road there is a path. I decided to check it out. This is a perfect place. The path is long and bendy. Trees line either side, but not far behind them is a beautiful salt marsh. I love coming out here . . . it is so peaceful. The path is about 2/3 miles long. At that point, the path break and a stream feeding the marsh is present. It’s one of those perfect spots that at low tide can be traversed if one is careful. On the other side of the door stream the path continues. It’s wild over there.

If one ducks beneath the trees, he will come upon a deer path that extends well out into the marsh. There’s a feeling of being alone out here that is like none other. I love it. There’s an island out here that if one works at, he can get to. The deer do, so why shouldn’t we? It’s muddy. It’s thorny. It’s rough. But there it is. Long ago I hid an ammo box here. The more I think about things, there will be a set of coordinates hidden in the middle of the marsh directing one to that ammo box. It will not be for the faint of heart.

I share all that because today I just happened to look at the new geocache listings. A cacher had hidden a cache out here. I was intrigued, so I gathered up Beetle for a some treasure hunting. She was game.

We parked at the familiar spot and headed for the cache. I suspected the cache was before the break . . . folks seldom set adventures. We made it all the way to the break and still had a ways to go. The water was up and I was with a three-year-old. There was no going across today. But it wasn’t rated too high. I called home. When Mommy began reading the coordinates, I realized what I had done . . . I was looking at the coordinates of my cache, not the one we were seeking. D’oh!

We actually had to backtrack a little bit to find the plastic hidden in a tree untethered.

A poor cache cannot take away from a beautiful area, however. Despite the grayness that surrounded us, it was awesome out here. Beetle brought her camera and enjoyed taking photographs of nature (i.e. dirt). All the way out to the cache, she kept asking to go into the woods. I knew we wouldn’t have to, but on the way back she said she wanted to go into the woods again. So we did. She was stabbed by a couple of briars. She did not like that. Soon enough we were back on the path where Beetle began to run. She had energy to burn.

I quizzed her on the wildlife. We had learned about cattails on the way out. She had forgotten. 🙁 Then she began playing Red Light, Green Light. We had great fun with this.

As we neared the end of the path, we saw some folks heading out. Ah, the FTF freaks (for those not in the know, some folks just live to be the first ones to find a cache and go to great lengths to brag about their “accomplishments”). We chatted a minute or two befoe we headed on. Beetle was shy and did not want to talk to these folks. As soon as they passed, we continued Red Light, Green Light. Soon enough, we were back to the warmth of the truck.

From there we made a quick pitstop to go to the bathroom at home, headed for Old McDonald’s, and then to the stores to return some stuff and pick up some new stuff. For the day after Christmas, things went very well in the stores.

Beetle’s photographs from our outing. 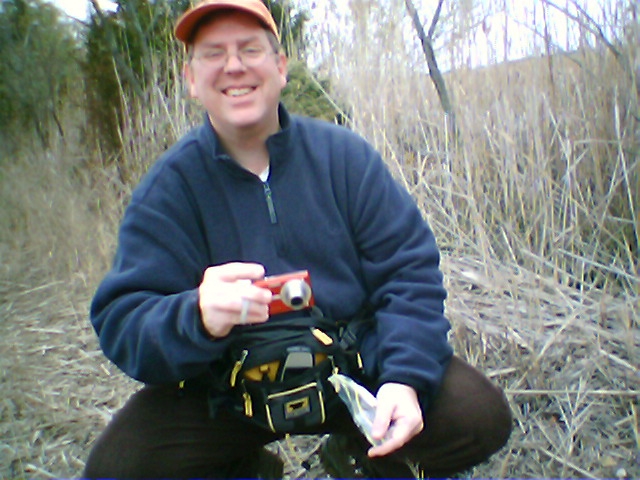