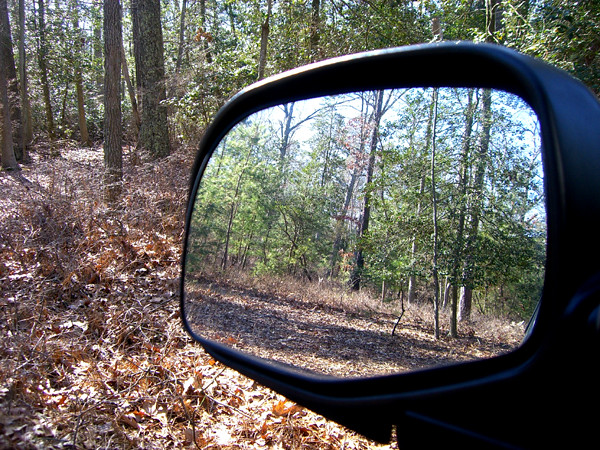 This cache changed the way I go geocaching. Long ago I cleared out this area. When reviewing maps later I noticed this cache. I wondered why I hadn’t sought it when I was in the area. It wasn’t even in my GPSr to be found. It is on the border of Cumberland and Cape May counties, but in Cape May. When I ran my Cumberland filter it obviously did not show up. When I ran Cape May, I didn’t look at the map this far northwest as that is not the area I was concentrating on as I thought it was cleared. So now I go about this differently. 🙂

Once I figured that out, I spotted the likely entry. I have been down here several times since, but it is either the first cache or the last of the run. Usually I have a desire to get to the furthest spot first and work back. By the time I am done, I am almost running late, so never stop on my way back. Today, I put in the middle, but up front.

After a successful four caches, I hit a snag at the Blue Hole. I had Circle of Life up next after this and I had DNFd that one previously too. This was going to be the rough period of the day. And I fully expected I might need to hoof it in here.

Anyhow, I drove in. The path narrowed, but it was possible. I had to jump a downed tree, but that went without a hitch.

I parked 150′ away and strolled down to the water. There were three swans hovering in the inlet here. As soon as they spotted me they took off! I like the sight of water birds flapping away.

The coordinates had me bouncing around down here. First one side of the trail. Then the other. I never seemed to get too close before they swung back. Frustrated after a couple minutes I stopped to enjoy the view. I then asked myself, “Where would you hide the cache?” That didn’t help either, but as I pondered that question, I spotted the red lid off in the distance. I don’t think the coordinates were pointing that direction either, but I stepped out and retrieved the container (mustard jar?).

I signed in and took a few more photographs.

On the way out, as I bounced along, I came across a couple hikers. At first I thought I was on the wrong trail, but it turns out I was correct. They stepped aside and let me pass. We exchanged pleasantries. I saw their truck a little closer to 347.   Apparently, they were geocachers too.