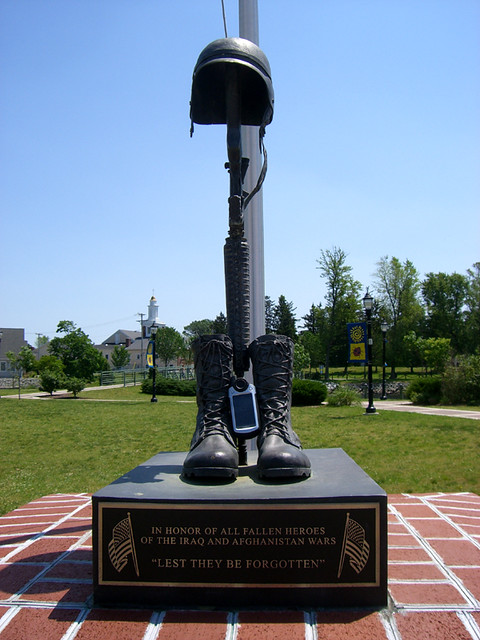 This was the first stop on the Delaware terracaching run today. I got a later start than I had planned and made two bonehead driving mistakes. I once again forgot to exit 55. I keep doing this. In Delaware, for some reason I remained on 95. I wasn’t thinking so I had cut back over via 896. Old familiar territory so it wasn’t too bad. It just seemed like it took forever to get to the start of the run.

I like the memorial. It’s a shame (in a sense) that the flagpole is directly behind it. I could not find an angle to get rid of the pole without catching a dumpster or a vehicle. This would make a good photograph for the wall.

Anyhow, thanks for bringing me here.

And I’m never going back
To my old school