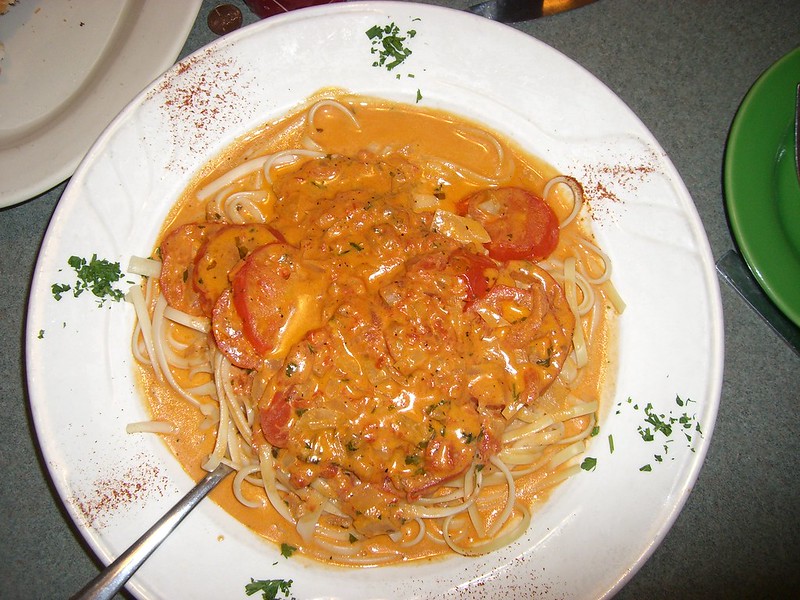 Many years ago I was introduced to Marciano’s (then Luighi’s) via a student of mine; he gave me a gift certificate and a menu.  Wanting to use the gift all at once, I looked for a gourmet pizza and settled on the chicken barbecue, which is a style I had never had previously.

When I called, they questioned me noting I was calling from Millville, which would not be local.  I informed them I would drive over.  It was a drive I would begin making frequently.  All the way home the smell of the pizza filled the car.  I was in heaven.  I was most impressed with the flavor of the pizza.  And with all the toppings, the crust held up well with my dough test.

After meeting my wife, we began dining at the converted Wawa convenience store, often on the chicken barbecue.  She liked the Tiramisu, so was agreeable to dining here.

We eventually began branching out trying other dishes.  Most filled out bellies well.

Eventually the restaurant was re-designed.  No longer was the dingy restaurant a reminder of a sub shop; about three years ago the renovations were completed.  Now Marciano’s sports two dining rooms, a banquet room, and a separate pizzeria and take-out joint.  The decor was stepped up and the experience of dining there has generally improved.

Our latest dining experience was not quite as wonderful as other times.  We were seated near the kitchen, despite the few diners.  Our waitress was friendly and accomodating.  Admittedly, our children were not at the level of behavior I expect when out.  Nothing too bad, but a little loud and Fritz tossed everything on the floor.  🙁  We are usually better than this.

Anyhow, our food began coming out.  I noted there was no bread basket.  That was disappointing.  The house salad was a disappointment.  Most of the lettuce was the hard crunchy white part of the lettuce.  Yuck!  The Italian dressing had no taste.

We’ll return to Marciano’s, but with a not as great experience as we usually have, I will not be itching to return.  Perhaps it is time to order another pizza.

House Salad
Made with lots of the white crunchy white part of the lettuce and somehow the Italian dressing had no taste.  The salad was on a plate and obviously prepared prior to the evening’s service.

Children’s Hamburger
The children had a hamburger meal.  The kaiser roll overshadowed the previously frozen patty.  They ate it and did not complain.  Fritz ate about half his pickle before he threw it.

Chicken Marsala
Gert ordered chicken marsala.  She enjoyed it.  It had more than enough sauce on it.

Pasta Alla Vodka
I had Pasta Alla Vodka.  I selected linguini.  It was tasty.  But no bread was served with it and with the amount of sauce in the bowl, there was no way to deal with it.  It ended up being a bowl of soup with pasta in it.

The pasta was perfectly cooked and the vodka sauce was nice.  Nice slices of tomato were included.

Of all writings I love only that which is written with blood. Write with blood: and you will discover that blood is spirit.