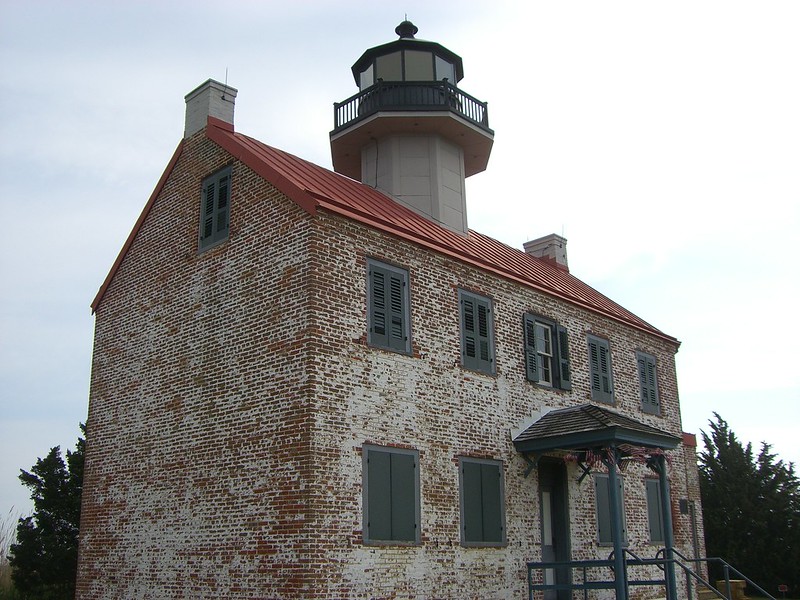 I first saw East Point Light on the maiden voyage (after restoration) of the A.J. Meerwald, an oyster schooner that is a floating classroom out of Bivalve across the mouth of the Maurice River. Since, I have had that beautiful sight many times as I continue sailing on that lovely schooner.

Early in my caching career I found Tom‘s cache and letterbox here. There’s been a couple others placed in the vicinity since. I paddle along here now and like popping by.

The light was decommissioned in the 1950s and boarded up until the Maurice River Historical Society took over in the 1970s. They refurbished the exterior a few years ago. I recall the scaffolding well. They are now working on the interior. Once completed, the lighthouse will receive the fourth-order lens from the Miah Maull Shoal lighthouse.

East Point was the southernmost lighthouse on the Delaware River above the Cape May lighthouse.

The Particulars
To claim this upload a photograph of you standing in front of the lighthouse with your GPSr.