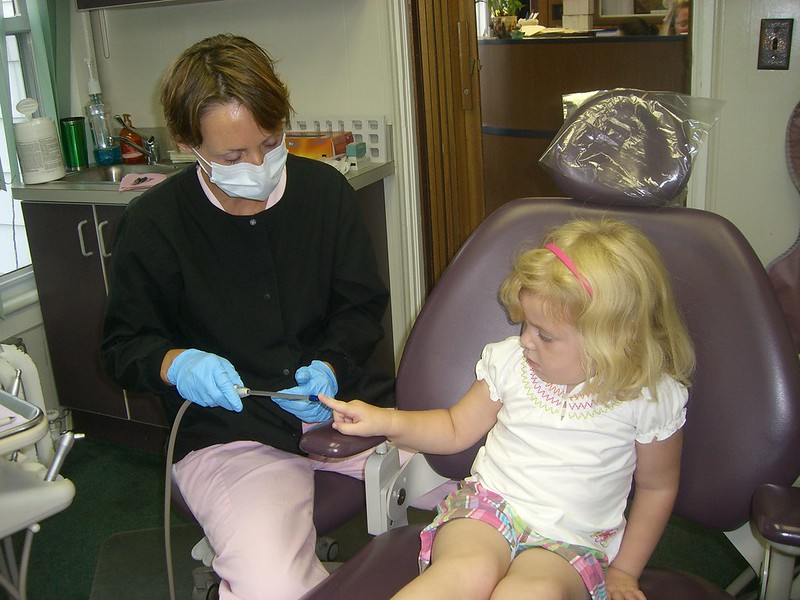 Beetle went to the dentist today.

For days now she has been excited to go and as we approached she was eager. She had a dose of waiting for the doctor. Since this was her first visit there was paper work to be completed. The receptionist said she called us three times. Lie! Anyhow, we eventually made it in.

The hygienist was very pleasant and patient. She introduced herself to Beetle. Then she explained what she was going to do. She let Beetle touch the equipment to become familiar with it. All seemed okay until it was time to clean. Nope, Beetle would have none of it. Sigh . . . this parenting stuff is hard.

We did all we could do to coax Beetle into opening her mouth. Nada. Eventually the hygienist asked Mommy and me to leave. A few minutes later they came out. Beetle had acquiesced to having three teeth done but no more. She promised to let the hygienist do them all next time.

It was explained that they do not push the children the first time out so they will not become afraid.

Beetle was still permitted to pick something from the treasure box.

For the rest of the day she announced that she was a big girl for going to the dentist. She was so proud of the toothbrush and toothpaste she was given. It’s the little things that make parenting worthwhile. 🙂

Everybody got to deviate from the norm