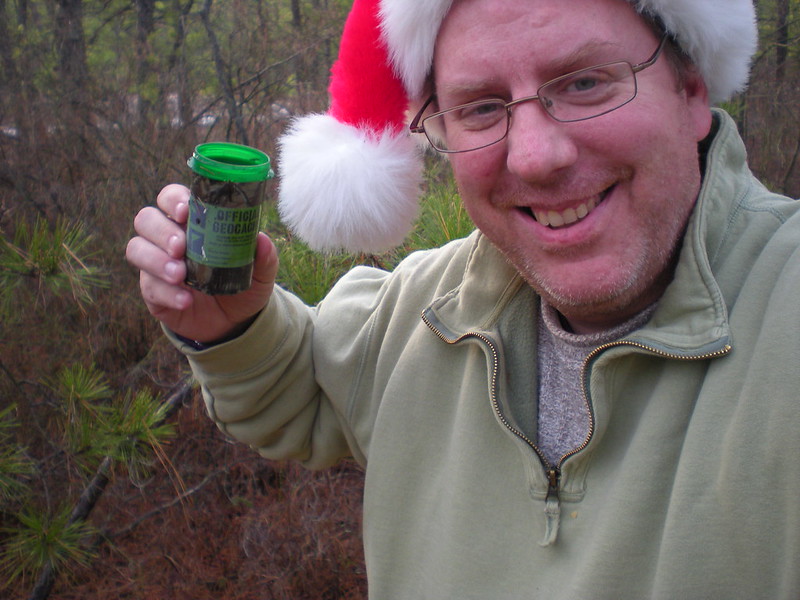 After finding OH rats we moved back up here. We went the wrong way at the intersection so banged a U-y. As we did we saw a someone moving toward us with a GPSr in his hand. We rolled down the window and asked if he was caching. Indeed. After introductions, we drove bike&ski to the cache area.

I am seriously out of practice with this kind of caching. He explained how he had been here already today and once previously and could not find the cache. I understand as it was yet another sofiecat cache. We piled out of the Durango and all headed to the same spot. With backs turned I did a move reminiscent of Rewards and found the cache. Without thinking I announced I had found the cache. I should have re-hidden it gracefully and walked away. Not doing so spoiled the fun. Sorry.

Anyhow, we signed in and chatted a bit. bike&ski wanted to hike back out. Good for him.

You buy furniture. You tell yourself, this is the last sofa I will ever need in my life. Buy the sofa, then for a couple years you’re satisfied that no matter what goes wrong, at least you’ve got your sofa issue handled. Then the right set of dishes. Then the perfect bed. The drapes. The rug. Then you’re trapped in your lovely nest, and the things you used to own, now they own you.