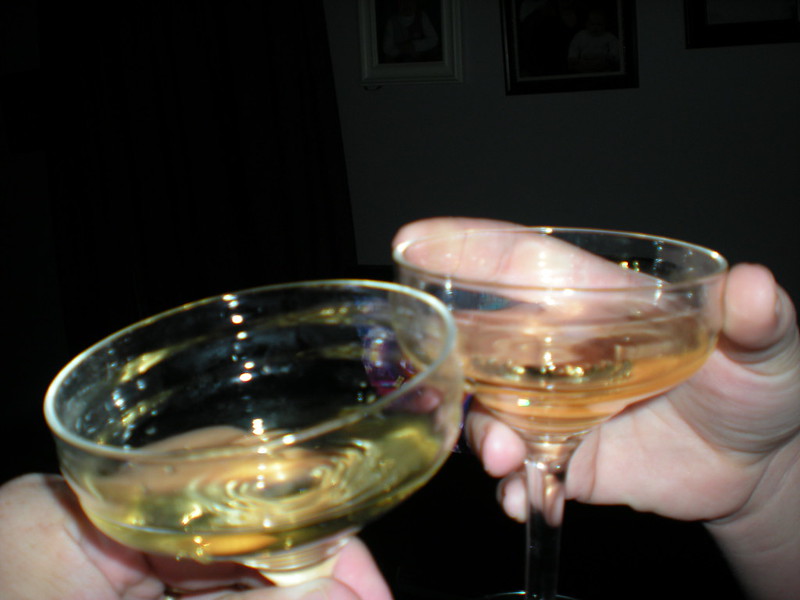 The arrival of 2009 was rather low-key this evening. Gert and I found Dick Clark about five minutes before midnight and watched Ryan Seacrest and his entourage kill time. We toasted, kissed, and then dispersed.

As a boy, NYE was a day to listen to the top 92 (remember WIFI-92?), 93 (MMR), 94 (WYSP), or some other arbitrary number of songs. I used to record these on multiple cassettes. Rick Dee’s Disco Duck, Manfred Mann’s Earth Band’s cover of Blinded By the Light, etc. used to be the staples of these nights. My folks usually went out leaving my sister to torment me through all this. I could not even imagine leaving young children home alone these days. It was a simpler time.

Always feeling like I was missing something, I made an effort to do the NYE scene while in college. It sucked. It really did. I am not a partygoer.

It seems to me we had a good NYE in Boston one year. I think we hosted a party, but I could be mistaken. I know I worked one NYE and it was absolutely horrible with all the drunken folks being extra sloppy on this “not really a holiday” holiday.

NYE always reminds me of the Grateful Dead. Their NYE shows were legendary. To that end I spent the 1993 NYE with Solar Circus. Holy smokes that was a wild evening. Lots of fun, but craziness.

In more recent years, NYE has been a geocaching day. Most years since I’ve been caching NYE has been big days. Not yesterday. Just a few . . .

I can think of nothing more agreeable to the brain and the ear than a speech adorned and embellished with wise thoughts and fine language.