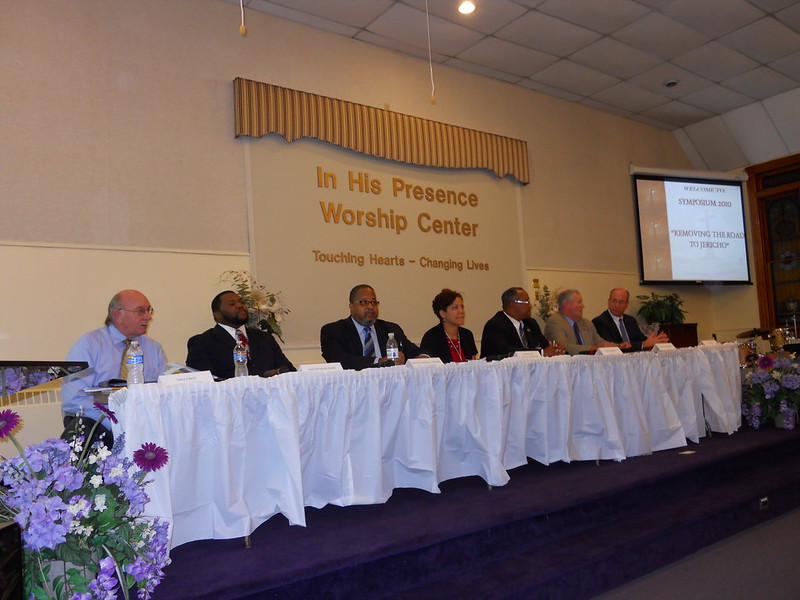 Last evening there was a program to address some of the issues Millville is facing. Hosted at In His Presence Worship Center, a panel that included Millville Commissioner Finch, Pastor Ennis, Pastor Wilkins, Prosecutor Webb-McCrae, Bridgeton Councilman Surrency, Freeholder Thompson, and Millville Housing Authority Executive Director Dice. The panel was moderated by Jill Lombardo-Melchiore of Cumberland County College.

The symposium was billed as addressing the quality of life in the city. It remained positive, but nothing was resolved. Nothing was planned.

Mr. Dice spoke well about Section 8 housing. There are but 16 Section 8 housing vouchers in the Third Ward and about 45 in Center City. But that doesn’t really tell the whole story. Those are only Millville’s vouchers. Vouchers from other communities or states could populate the rest of the residences and Mr. Dice would have absolutely no idea. He said 20-some of Millville’s vouchers are in Laurel Lake. He can only track Millville’s vouchers. It seems to me that some agency/system should be able to spit out a list of how vouchers in all reside in Center Center. Shouldn’t HUD be able to produce that list?

Melissa spoke intelligently about being a recipient of a Section 8 voucher. A former drug addict and mother of nine recently wrote a letter to ask to be removed from the program. She is now self-sufficient.

Millville’s problems are multi-faceted. Many of those issues were discussed last evening. It was interesting to see where each member of the panel stood. I did not agree with all that was spoken, but I do believe each is sincere in his point of view.

Last night! Wonderful display and control of the English language and the humor made it even more “betterer”.