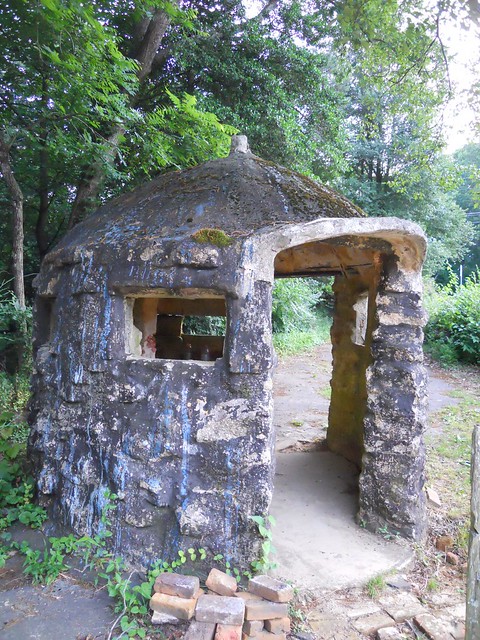 A house of junk, the Palace of Depression was created by George Daynor.

George Daynor purchased seven acres of land for $7 in 1932 after he had lost his fortune in 1929 during the crash on Wall Street. He built his house on this lot from what he found on his land. As an auto junk yard, he fashioned a strange, yet marvelous home that was completed and opened to the public on Christmas Day.

For the next three decades, the Palace of Depression was a tourist attraction in Vineland. The eccentric Daynor thirst for attention. So much so that when he claimed kidnappers had visited his home, the FBI threw him in jail for a year.

After that the “charm” had worn off for the locals. Daynor dies in the early 1960s. The house was destroyed soon after.

Locals are currently rebuilding the structure. It is an extremely interesting building. Stop by and you’ll likely be provided a one-on-one tour.

Mark and Mark have covered the Palace of Depression numerous times in Weird NJ. They also had a segment on the television show.