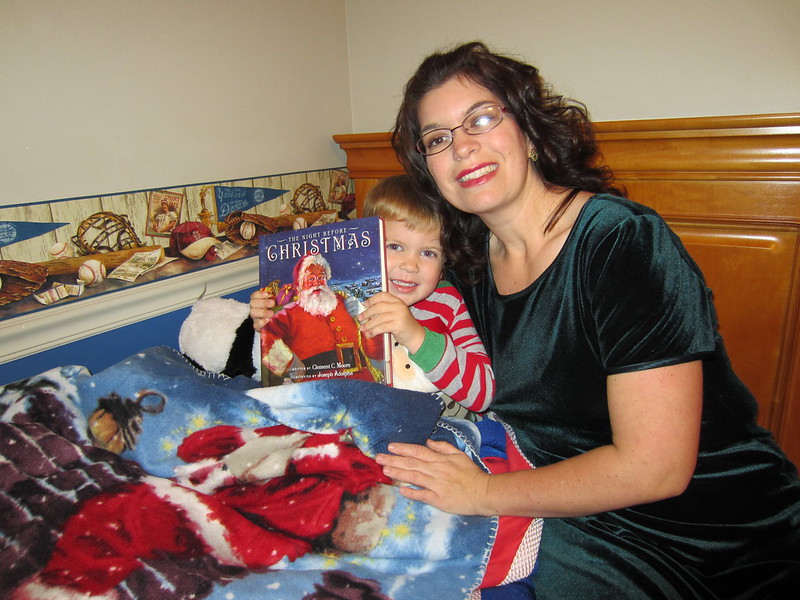 We finally did it. Our family made it to midnight mass!

After the party, we played some Clue! and then settled in for a restful evening. Some rested more than others. At 11:00, we began to get ready. We arrived at church and Fritz promptly fell asleep. He snuggled onto Mommy‘s lap and then to Aunt Kitty’s. About halfway through the mass, things changed. Fritz woke up and became quite animated. So much so that Mommy took him out for a bit so as not to disturb others. Frankly, he was okay, but just a bit chatty. Meanwhile, Beetle dozed off. She was exhausted!

Mass was beautiful. The trumpets were out again this year. That instrument adds so much to the music. The pews were pretty full tonight.

Once home, Beetle went immediately to bed. Fritz was geared up and ready for Santa. We played him ‘Twas the Night Before Christmas, which Grammy and Poppy recorded for the children last year. That helped get the boy ready for bed. It was a long evening.

No pain, no gain

— painted on the wall of the shop class, Richard M. Teitelman School