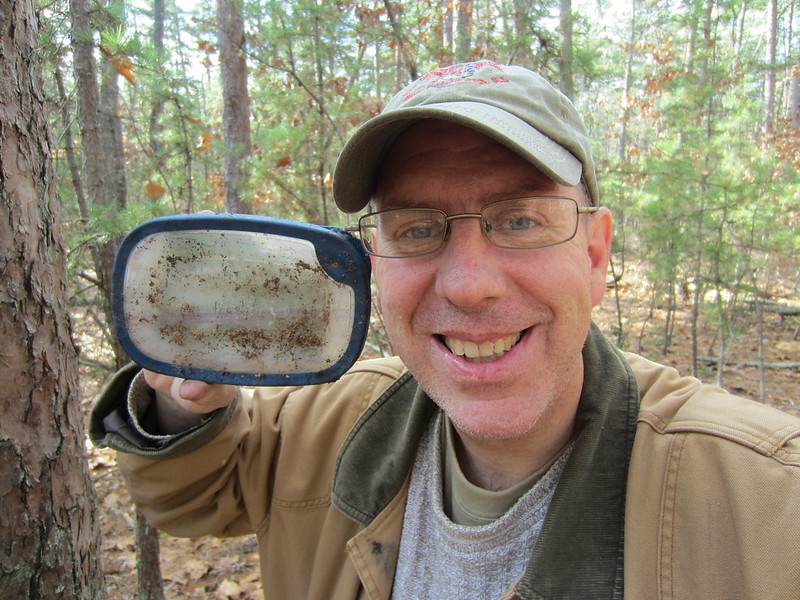 It’s been a while since I found something Tom had hidden. This wasn’t quite where I thought it would be as it was in the opposite direction of his similarly titled geocache. I had replicated that geocache some time ago.

The compass direction was spot on taking me the right way on the Batona. Of course, the paved road clue made total sense. After that, I was a bit confused. I didn’t see the lines of trees quite as clearly as the clues indicated. I suspect that after a decade, things have changed.

I was a bit frustrated as my first two attempts into the woods produced nothing. I continued down the path even though I was beginning to run late. Sure enough, things began working. The second “V” tree is gone. Even so, the box was in hand. I was jazzed to have found this!

Just yesterday, Jersey Trailblazer stated he was retiring from the game and going to pick up his boxes. He had somehow adopted this from Tom five years after Tom had scrubbed it from LbNA. Part of me would like to adopt it, but I quickly disabused myself of that!

One of the older boxes floating around.

One thought on “Batona Trail Surprise”

There’s a lot of beauty in ordinary things.