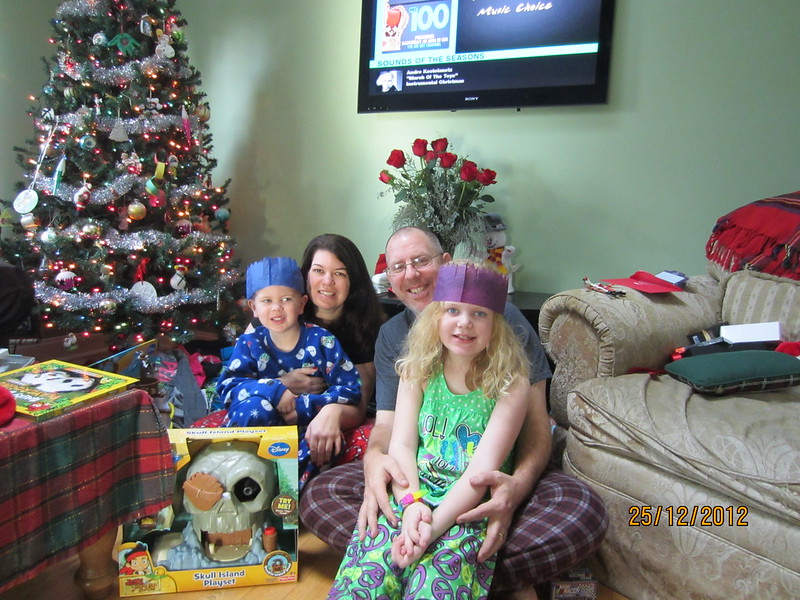 We scaled back this year, but there was still plenty of stuff. The children were up early, although not as early as I used to wake. Midnight mass does knock them out a little longer. 🙂

All sorts of gifts: toys, games, and electronics. Beetle received a television and Blu-Ray player; Fritz a Google Nexus 7. They are so spoiled!

We played games, ate, and slept all day. Later in the evening, Uncle Jesse and Aunt Kitty came over. We ate and then played the game Headbanz. Headbanz is a version of Indian Poker. We each wear a headband. A card is inserted into the headband for everyone to see but the person wearing it. Each person tries to figure out who he is by asking questions. What fun!

We had a quiet Christmas at home this year. Mommy did a good job of finding comfortable pajamas for everyone again. It’s nice to have family days like today.