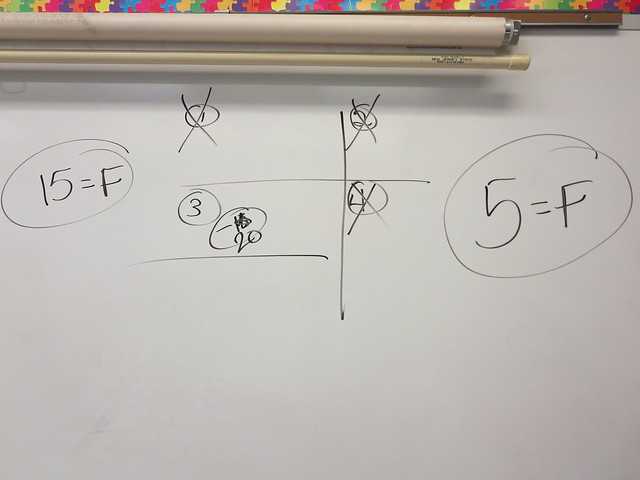 I learned that life is unfair from Mr. Washburn, my Calculus teacher at St. Andrew’s.

I struggled with Calculus. Mom had insisted I take the course. In order to do so, I skipped Trigonometry. Yeah, that harms one’s learning of Calculus. I was over my head all year.

At one point, Mr. Washburn told me that if I showed him one hour’s worth of homework daily, I would pass despite my grades. I worked hard to pass.

My friend Bret was similarly challenged in the course. We took solace in one another as the bottom of the class. I know we studied together. Looking back, that’s not smart given neither of us had a good handle on the material.

One time I recall we studied together. There were four questions on the test. When we received the tests back, I had missed three of the four. Yes folks, that’s a stunning 15 (I lost points on the fourth question). Woo hoo! Bret did even worse; a 5. We looked over our tests. Bret noticed that for one problem he had lost more points than I had even though we had solved it the same way (incorrectly). He asked if he could borrow my test to show Mr. Washburn. “The 10 points might make a difference some time,” Bret said.

We approached Mr. Washburn at his desk after class. Bret did all the talking. Bret presented both tests to him. After a couple moments, he said, “You took off 15 points on Bob’s test and 25 on mine. We did the work the same way.” He added, “That doesn’t seem fair.”

Mr. Washburn tossed the tests back across his desk and stood up. “No one said life would be fair. I never said this class would be either. Study young man. Earn your grade,” he said. And with that, Ducky walked out of the room.”

One thought on “Life Is Unfair”

I was spent of energy but filled with contentedness for the conclusion of a difficult, time consuming, and splendid cache. One of my most memorable cache hunts.

Thanks for placing this superlative cache, well done.

— KBer, log for Take Me Out to Another Ball Game