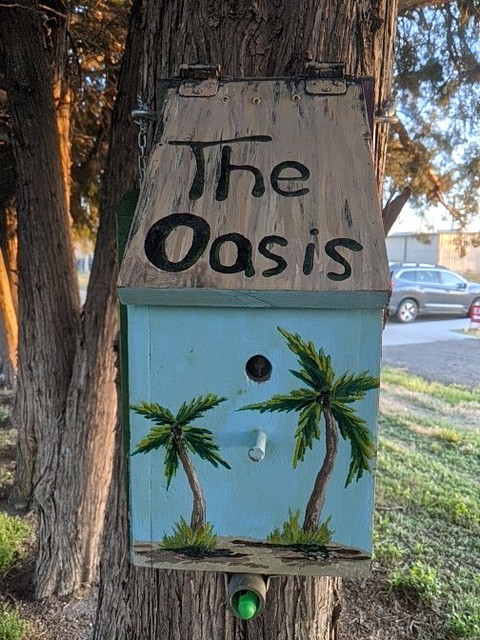 Mingo Madness, Day 2
a much different day than planned

Don’t know where my head was when I planned the day as I thought the EarthCache event was in the evening. Because of that, I had planned to go to Hays and bop around there all day. But instead, remained around Colby, then to Little Jerusalem, then Oakley, then Colby again. Just a little bit of everything running into cachers everywhere I went. It’s geocaching heaven! 🙂

This geocache is one that stands out from my time at Mingo Madness. The first time I did this was after dinner (and a couple cocktails). When I arrived, there were a couple cachers already working on this. Just as I arrived, the cache was opened and I was treated to a log to sign.

I did not take note where this was located. So, when my group decided to seek this after the Maze, I was taken aback that I had already found this. I hadn’t realized this was at the fairgrounds. Once again, the others worked the gadget. During both times I took but one photograph, most unlike me. Go figure . . .

I will say, I like this geocache. Thank you for placing this for me to experience (twice); I appreciate it.

The secret is less.
Own less.
Do less.
Care about less.