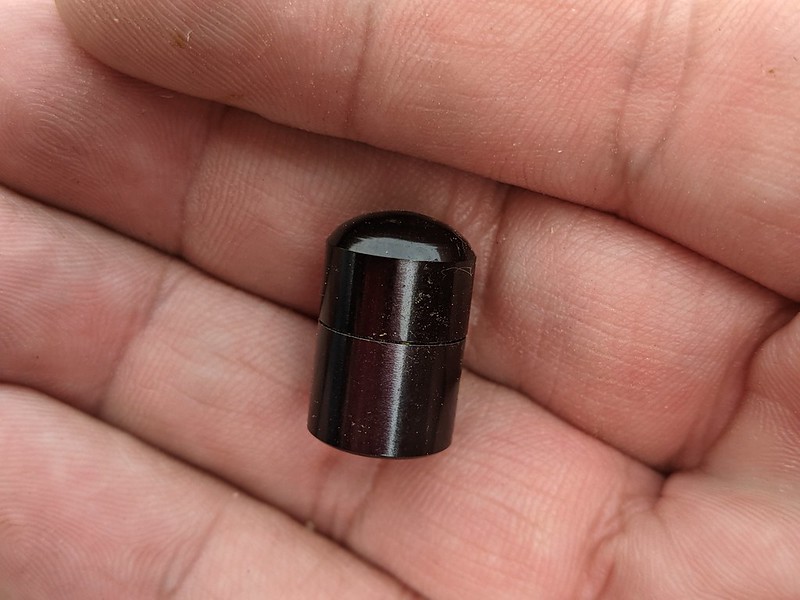 First off, at some point in the past, I came here. I thought it was for a different geocache, but I suspect it was this one. Not certain why I aborted, but I did. Now every time I drive by here I always say, “There’s a geocache in there,” but I never stop.

Today, I had this on my agenda, but didn’t realize it was this cache. My approach was far different as I usually drive up Tuckahoe when I see this cemetery. Today I came via Clayton. So, when I pulled in I was much surprised as to where I was.

I was greeted with a regiment of armed guards. Then as I drove about, the bagpipes guy was waiting his turn. Yes, a funeral was in progress inside. Fortunately, it wasn’t quite where I was heading. I have had to wait out funerals before to get to a geocache.

But there was maintenance. Some guy was resurfacing a headstone right where I ended up. I was able to get the required information without issue. Finding the geocache was slightly more complicated. The headstone guy was right there. And I wasn’t spotting what I needed to spot. One or the other until I recognized something I hadn’t noted. Okay, now I know which. But where? My orthopedist would not be happy with me (although, he probably would, come to think of it, as it will hurry up my knee replacements). Everntually found this one and logged in while the bagpipes were wailing away. The headstone guy was none the wiser.

A most interesting outing.

Give it just a minute
And it will blow away