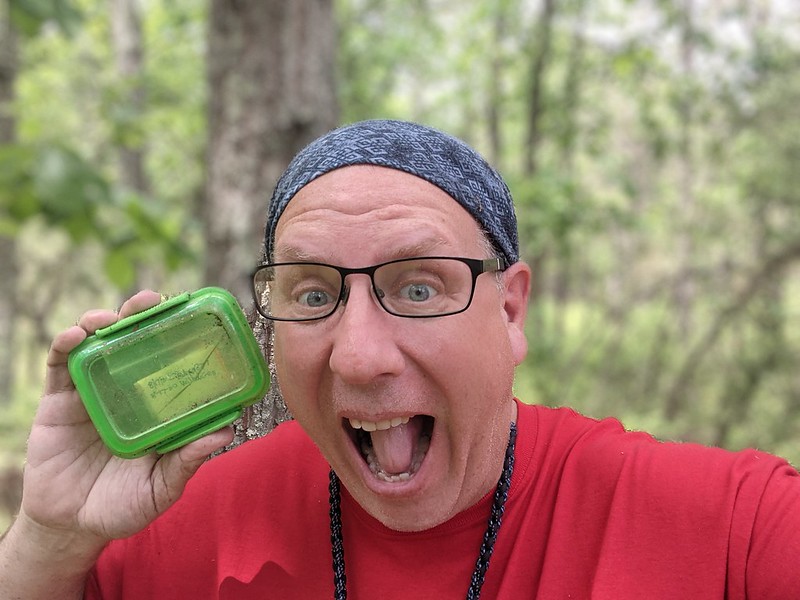 Pulled in here about 1:00. Got out an dimmediately spotted the geocache. But, as I looked at it, I wasn’t at the coordinates. I followed the arrow, and just like Pine Baron reported, there’s a new cache (looks like it was dropped last summer) where the coordinates takes one. I logged in and left a pathtag I earned for completing an Adventure Lab in Oklahoma CIty. Interestingly, I knew nothing of the pathtag until I met up with that CO in Kansas. She gave it to me there. Go figure.

Anyhow, I went back out to the trashed geocache and took it with me. Even the logbook is one solid mess. I have discarded all that remained. I had my lunch here and listened to an early version of My Brother Esau while I did. It seemed approriate somehow.

In the end, the geocache is in fine condition at the location the coordinates put me.

Whenever you are about to find fault with someone, ask yourself the following question: What fault of mine most nearly resembles the one I am about to criticize?