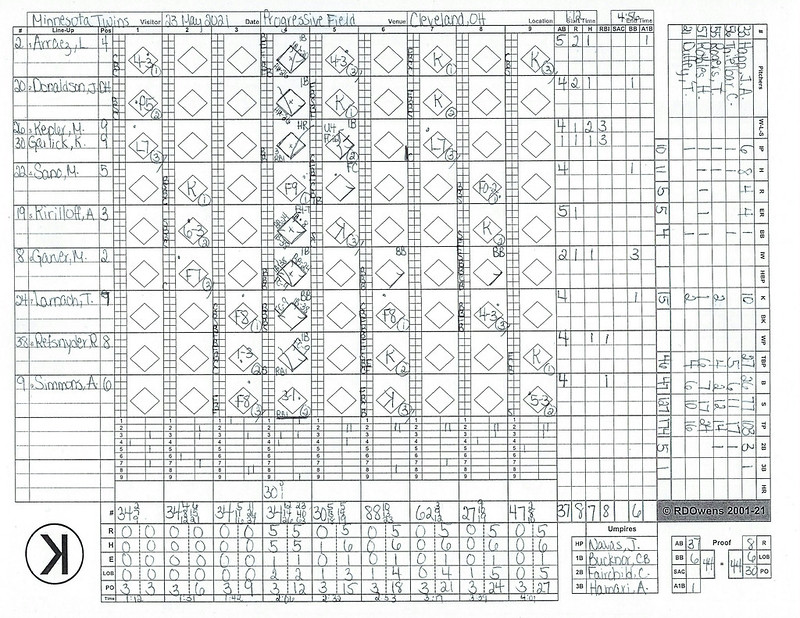 The Twins have not played well this year. They are sub-500 and have not been enjoyable to follow. But if they are my team, I need to get behind them. I plotted out my day to take in the game.

Oh, it began brutally. Happ, who I like as a pitcher, gave up three runs early and did not look sharp. On the hill for the Indians was Zach Plesac. He set the Twins down in order the first three innings.

Then things changed. It’s as though Plesac ran out of gas the second time around. Kepler took him deep for a three-run homer that tied things. And like good teams do, the Twins added two more.

Things were looking all right for a few innings, but the Indians scored one and it would have been great to get a couple insurance runs. Nope. So, there it was in the bottom of the ninth when the Indian tied the game on a sacrifice bunt well executed. And just like that, the steak that was all set to be eaten had to wait.

The Twins have not won a game in extra innings this year. Yup, 0-8. Even with Kepler on the bench to protect his hamstring, his backup, Kyle Garlick clocked one deep! Yeah, baby.

The Twins held in the bottom of the tenth to win this game. Typicl modern-day game. Go Twins!

You got one life, blaze on