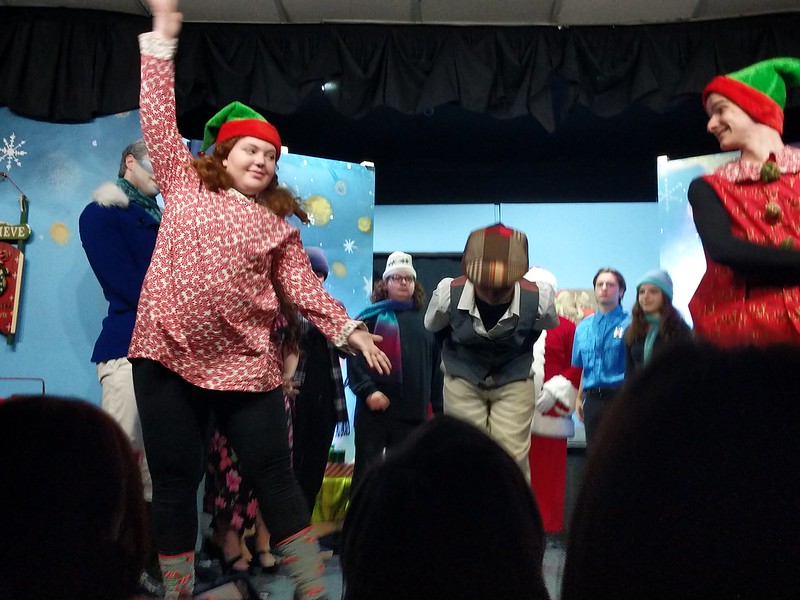 Beetle has been in several plays this fall. The Year Without a Santa Claus has been the one I was looking forward to. One, I have always had an affinity for this story although I had never seen (nor heard) of a stage production of it. The television special was first released the year I was in fourth grade! Love the misers! Also, this is a new theatre (Blue Moon Theatre in Woodstown) for us to experience. Oh, it is small.

Beetle played Jingle opposite Jangle. They are the elves dispatched to find holiday cheer to give Santa the energy to have Christmas this year. They were comedic characters and Beetle did an excellent job!

The show, while dorky and a bit rough in the singing, was a lot of fun. It helped me get the Christmas magic flowing a bit.

Fritz and I enjoyed the misers, who were very well played. Good times!