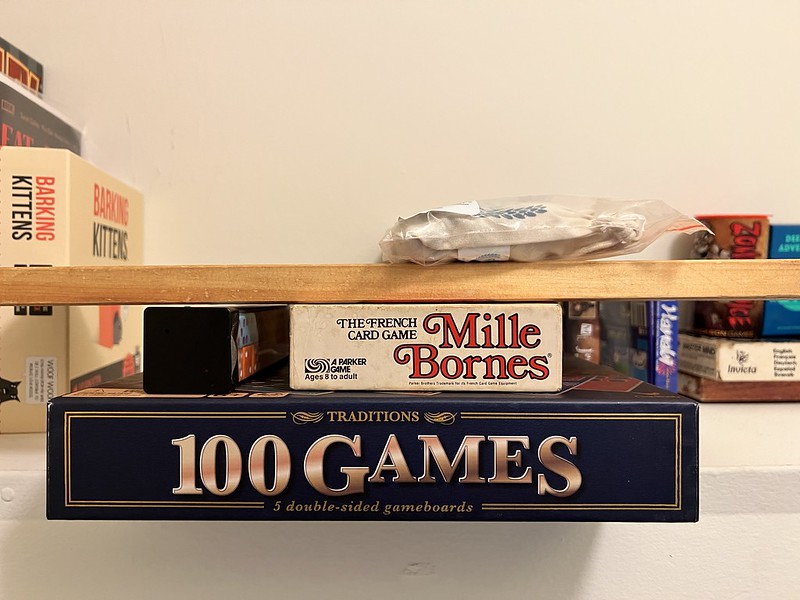 As I planned my move to this apartment, there were two big areas I prepared for: cooking and games. There was a lot of consideration given to each. Interestingly, neither has materialized the way I thought. I have not done a lot of cooking since moving here. And the solo gaming craze I thought I would embark upon never happened.

Over this past year, recognizing that I just did not sit down and play all those games I purchased, I began off-loading them. I still have plenty of games, but most are games I play regularly with the children.

Even so, there are some games that hven’t made it to the table or at least not as often as I would like.

The children will be here this weekend. I have pulled several games that we will play.

I am looking forward to the variety.

Pain is weakness leaving the body.