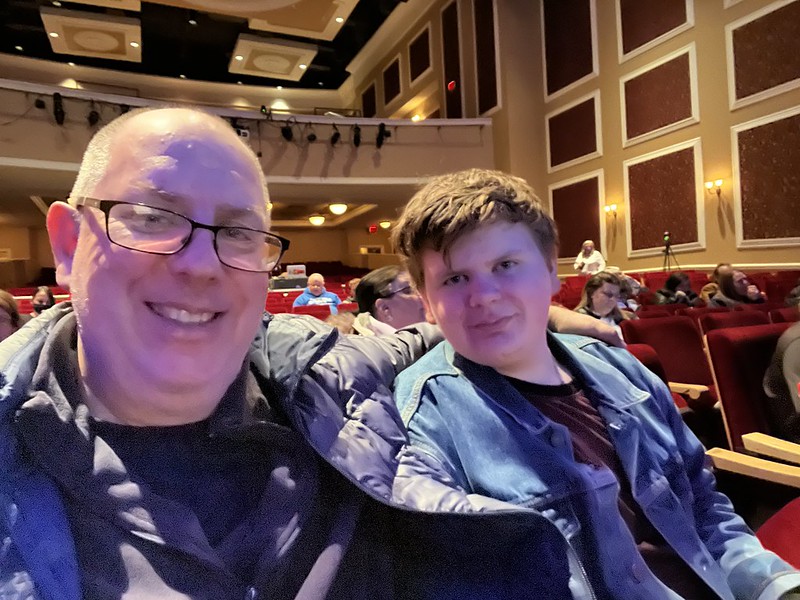 My love of drama on the theatre stage is beginning to come forth to my children. Whenever there is something other than a musical, I suggest we see it. With that, when I learned that the Gloucester County Institute of Technology was staging The Great Gatzby at the Levoy, I purchased tickets for us to see tonight.

Unfortunately, Beetle is ill and did not come. So, Fritz and I took to the third row to take in the stage production of this classic tale.

It’s been a long time since I’ve read this. It’s one of the books I have reread several times, but I do not think since college although perhaps in Boston. I’ve never heard of a stage production before.

The high school students did an admirable job, but it wasn’t great. I did like how the accident that killed Myrtle was staged.

This production scaled the story very much to its core, but the audience, I feel, missed out on the wonderful depiction of the Roaring 20s that Fitgerald captured with his prose.

My leg was really bothering me during the show. As I walked around at intermission, I ran into Buba2u for the second time that day. 🙂