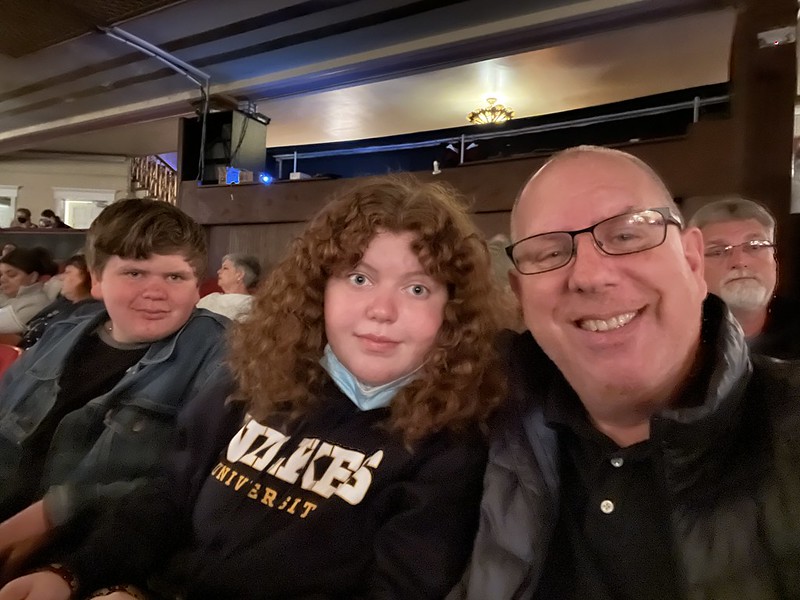 When it comes to theatre, I usually look for the theatre that has the best set of shows for the season. For 2022, that is the Broadway Theatre of Pitman. The first show of the season was Matilda. That was right out after my knee surgery, so I did not go to it. Tonight was The Sound of Music. While I am not a musical fan, this is my favorite musical. I will always go see this show. Admittedly, it’s been several years since I’ve seen it.

I was most impressed with this production. The acting was good. The girl who played Maria had a nice voice. The children were equally well-casted. It’s just a good version of this show.

Not certaint he children were quite as into as I. Fritz was enamored that there were huge swastikas.

It was a nice evening out. I note that my daughter, the one who is going to college in the fall for theater production, wanted to leave at intermission. She sucks when she’s tired. I suggested that she stage her productions as matinees. She didn’t understand. Sigh . . .