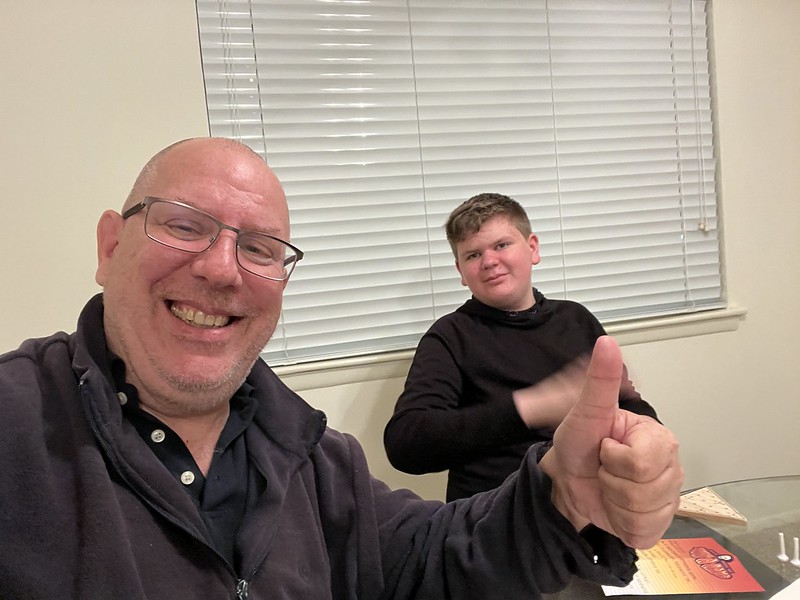 When I returned from Florida in November, I purchased one of the single-box Hunt a Killer games to play with the children. Beetle bailed, which put me off solving it at that time. Fritz, however, kept going. He ended up solving the murder. He was excited and I was proud.

I purchased another murder mystery for us to solve tonight.

We put everything out on the table and began examining what we had. This included a a locked box. But past experience tells us we have to solve things in order. I was poring over some notes that were provided. Fritz picked up one of the ciphers and figured out what to do and had that locked box opened without any assistance from me. Absolutely proud of my boy!

We began piecing together what was going on. We shared some thoughts. We were able to exclude someone right off. We began figuring out what was really going on that produced the murder. We got it down to two people but leaned to one of them. We just had to get conclusive proof. We did and we were spot on with all details of the mystery.

Success lifts the spirit. We relished in our victory.

This was the most challenging and therefore the best cache I did today! Nice long hike through a beautiful farm setting and an ammobox filled with great stuff are always a plus.