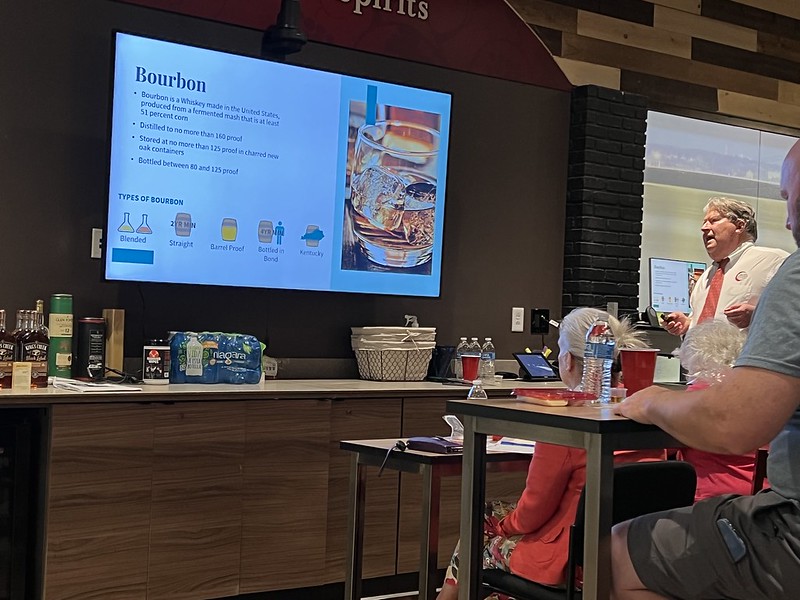 Last month I attended the Classic Ccktails Deconstructed event at Total Wine in Claymont, Delaware. I enjoyed it and looked at what else was offered. I signed up for this whiskey class, which I attended this evening.

On the ride over I asked myself what I expected. I thought we would touch on bourbon, rye, scotch, Canadian, and Irish whiskeys. In this regard, the class met and exceeded that expectation as it added Tennessee and Japanese whiskeys to the mix. The class does not call for Canadian according to the booklet.

The guy who ran the class was late. Another worker began prepping us. He appeared knowledgeable. He and a couple other workers remained and served us throughout the evening. Our leader who appeared out of breath upon arival began the class. He is not a teacher. Total Wine prepares a nice slide show for these classes. Our guy read each one to us. Every word. Ughh!

He was unfamiliar with what was being served, most famously with the scotch. He announced we were drinking an Islay, but we were not.

Another knock on this class was the display of bottles. While I get Total Wine is in the business of selling booze, having five or so bottles of each tasting on display with the price tag prominently visible as well as the distiller’s advertisement was a bit over-the-top. Our leader read every word of them as well.

At the cocktail class, various bottles were discussed, but nothing was on display as though we were in the aisle of the store. That guy did such a good job describing the ingredients most of the attendees went to the aisles and purchased the recommendation. Specifically, I purchased the cognac that he had used in the Sidecar.

The whiskey was all unknown brands. All lesser brands.The guy attenpted to speak about the awesome flavors they had, but they were not good. Six of the 10 whiskeys I rated one star. One whiskey was so horrible it was a zero. One I scored two stars, another 3, and only one I thought was good; I rated that four stars (the Japanese offering).

On the way to the event, I was geared up and was thinking of purchasing a bottle of Danny’s bourbon. That they had a barrel pick helped reinforce that. One of the other workers was knowledgeable about barrel picks and answered a couple questions I had. After this dreadful class, however, I left without purchasing anything. I was disappointed with what was served, how it was presented, and the lack of knowledge the presenter had. He constantly asked the other workers to answer questions.

It was clear that much of the audience was more knowledgeable about whiskey than this guy was. 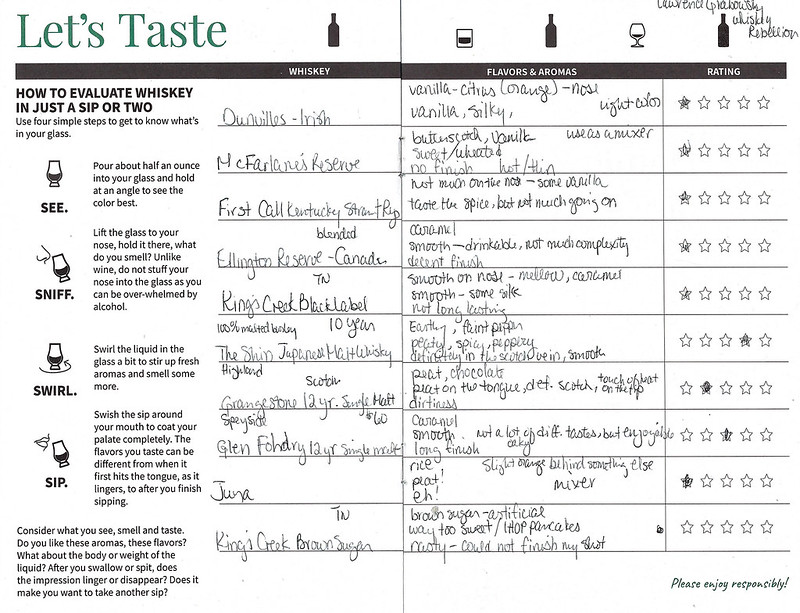 Me, I’m just a lawnmower – you can tell me by the way I walk