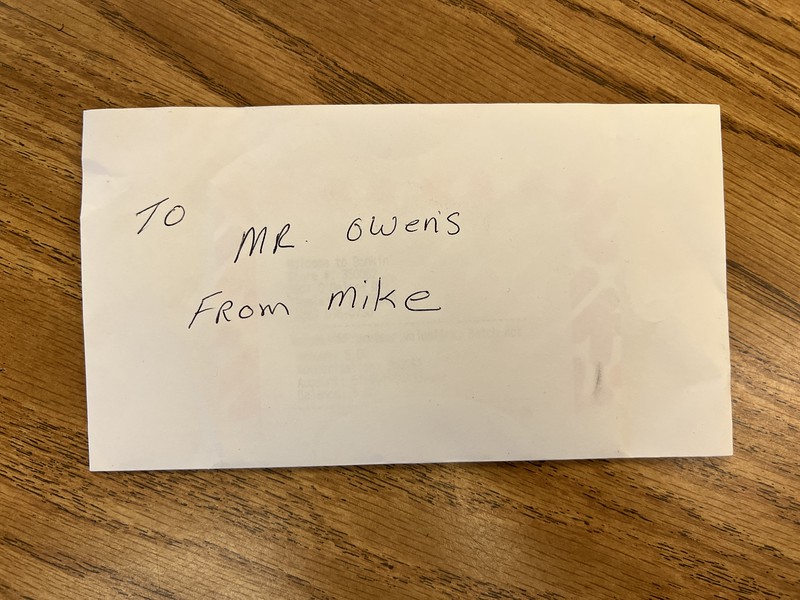 On the last day of school, sometimes students present teachers with gifts. I think it’s a nice touch, but one for which I was not prepared for when I began teaching.

This year one of my students handed me the above envelope. When he did, the writing was upside down. I didn’t see it until after he had returned to his seat.

The boy’s name was not Mike. I have no Mike in my class this year.

While the students were at special, I investigated. His middle name is not Mike. His father’s name is not Mike. I had a secretary look up to see if there was a brother (I was certain he was an only child). There is no Mike.

So, I asked the boy at the end of the day about who Mike is. He didn’t know.

And that pretty much sums up some of the weird stuff that occurred this year with this class.