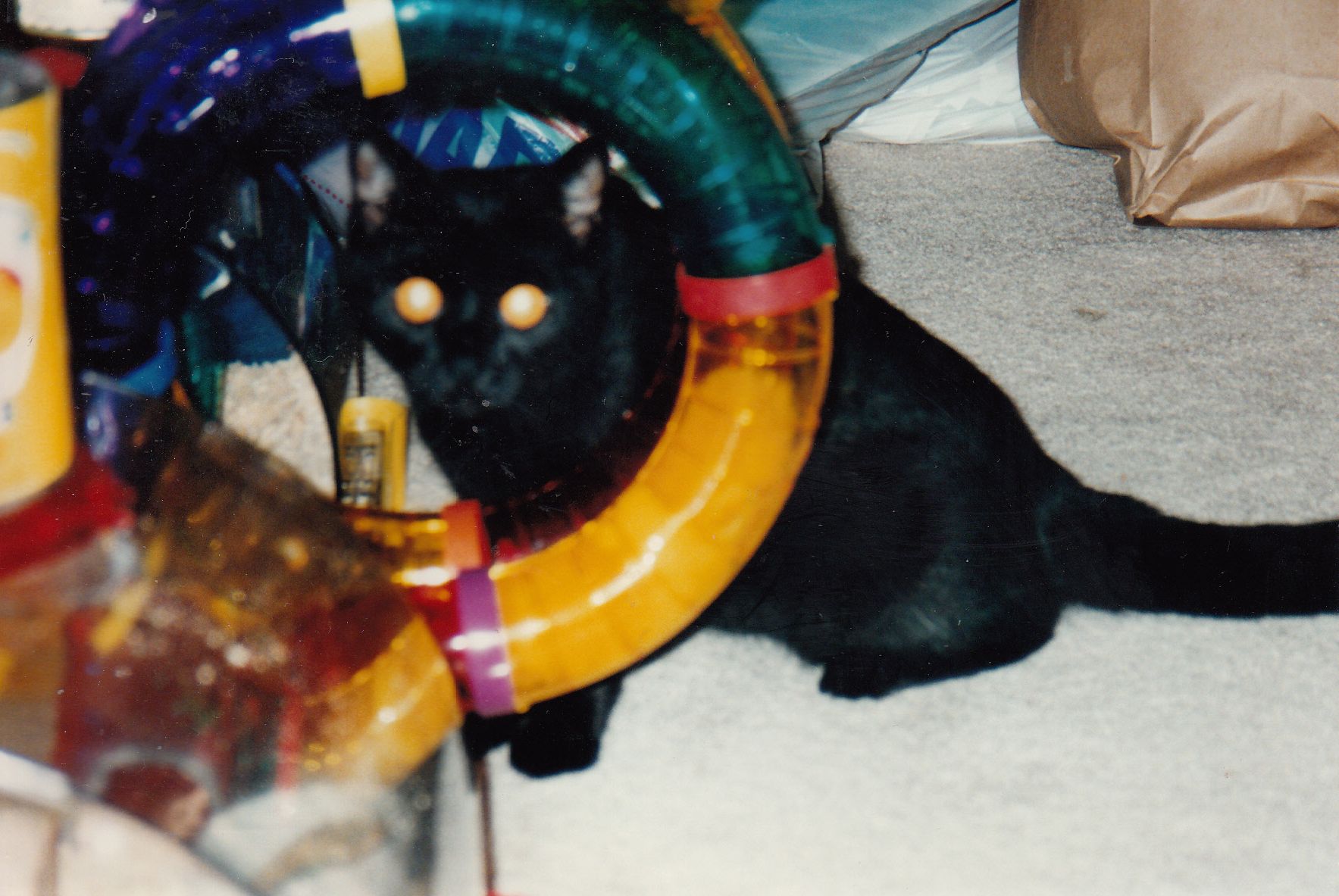 Thinking my little hamster friend might like a companion, I purchased Britches.  Britches made himself known real fast.  He bit off the other hamster’s willy the first night and my buddy died the next morning.  As I was to learn, hamsters are aggressive.  Sigh . . .

The murderer was excellent at getting loose.  Soon after I adopted ‘Nado.  ‘Nado knew her place.  The hamster had been there first, so she did not attack the loose hamster.  Rather, she would follow him around so I could find him and put him back in the trail system, only for him to escape again.

This was too much to deal with.  The following winter my grandmother died right before Christmas.  I went to the funeral and then drove to Iowa for the holidays.  All the while I had Britches in tow.  Trying to keep a hamster alive on this trip to the midwest was a chore, but I succeeded.  I gave hime to my nephew for a Christmas present, along with the Habitrail system.  I learned later that Britches was ill.  My sister took him to the vet.  Britches had cost me $4.  I come from a VERY frugal family.  Why a vet was seen, I do not know.  Buy 10 hamsters to replace the sick one and you’d still be out ahead.  I understand that Britches continued to escape.

Thanks for being a hero yesterday with the van.