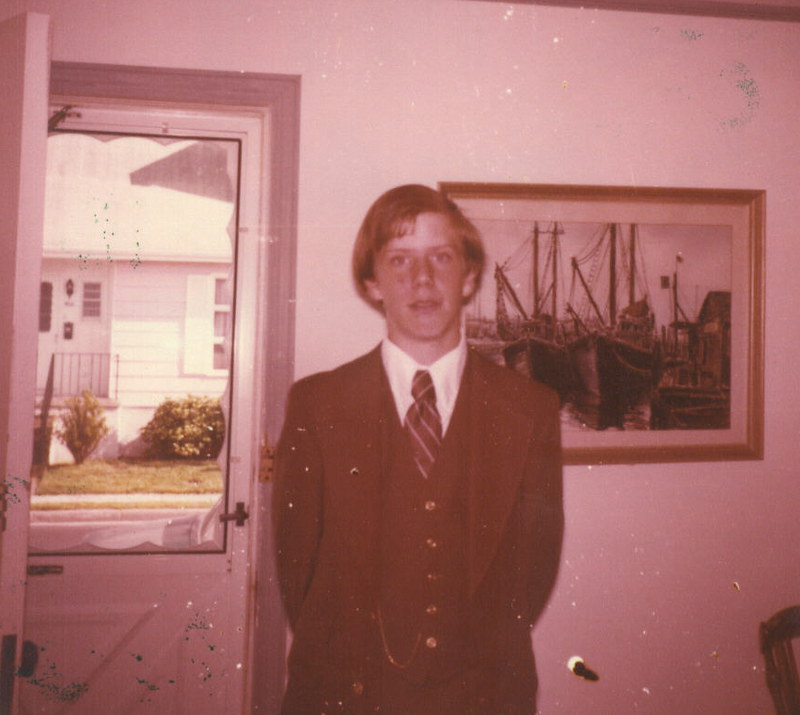 Have few memories of this event. Love the brown three-piece suit. 🙂

Had graduation dinner at the Merion Inn in Cape May. David Somers was with me. Looks like Grandfather was there too.

I think it was graduation (although it may have been another event at Teitelman) that the band played the theme song from the Rockford Files. I always liked that. And there were timpani drums too! 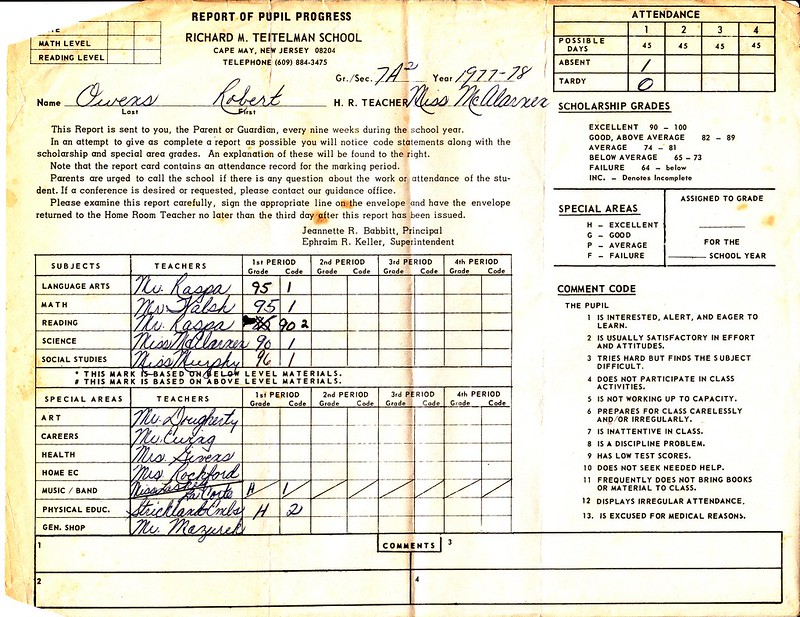 Junior high school suited me well. Not that elementary school didn’t, but I seemed to do well with the regional school and enjoyed a lot of my new classmates. I even had my first girlfriend this year. It lasted an entire week!

I don’t recall if Teitelman was air conditioned or not. I do know the classroom windows, particularly in science were open a lot. Flies would come in. I was adept at catching them. I would shake them in my hand and then slam them on the desk. I am not proud of this.

One day I put one in Connie Cooper’s hair, who sat directly in front of me. At that, she turned around and slapped me. At that very moment, Miss McAlarnen turned around and saw the slap. She gave Connie a detention. Being the upstanding young man I was, I went to Miss McAlarnen after class and fessed up to what I did in order to get Connie off the hook. I was greeted with a detention of my own. 🙁

There was some sort of slip that parents had to sign for the detention. I had Dad’s signature down pat. They never knew. So, I wrote 100 times, “I will not put dead flies in Connie’s hair.”

We both took the detention bus home from school that day. Both of us being good children, we didn’t know how it worked. We waited for the bus to take us to our bus stop (Connie lived on the same street as I did). It didn’t. Next thing we knew we were over the bridge and in North Cape May with the driver announcing the run was over. Yikes! We explained he hadn’t gone to our stop. He told us the detention bus was different. He took us back to Cape May and dropped us off at Collier’s. We walked from there.

I was also suspended this year. I had worked hard to get myself a LCMR cap. I had it on during lunch. I think it was Jimmy O’Brien who first snatched it from y head. It got passed around. A little too long, for my liking, I guess. I forget the boy who had it when I landed a punch to his face to get it back. Mr. Walsh came over and separated us. I remember I broke free and landed another punch.

I spent the day in the principal’s office. She and Dad had done their graduate program together. It was negotiated that I would have one-day in-school suspension. From what little I recall, I was going to get off but the mother of the boy complained. Her older son had lost some vision because of a fight the year before and there was concern.

The in-school suspension was wonderful! I got ahead in all my work! 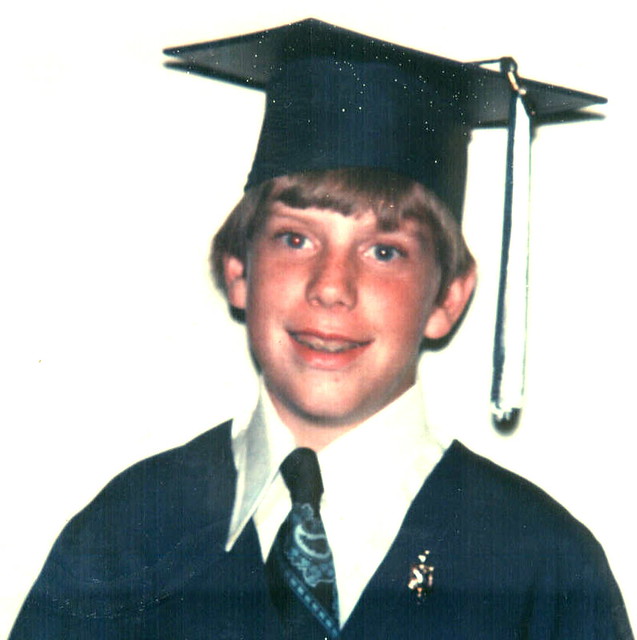 Sixth grade was a good year for me. This was the first year that there was a graduation. As I understood, Albert’s mother was instrumental in making it happen. As it turned out, it was the only time I ever wore a cap and gown. Eighth grade was a standard school group graduation, SAS we wore our school uniform, and I did not attend my college or graduate school ceremonies.

I have no memory of being informed I was the valedictorian. I do recall Connie Cooper helped me write the speech.

My parents were not planning on attending this. They said that sixth graders should not have a graduation. I think the school called a couple days ahead of the event to let them know I was valedictorian. That changed their tune.

After the ceremony we drove to Steger’s for my graduation gift: a pair of Birdwell board shorts. 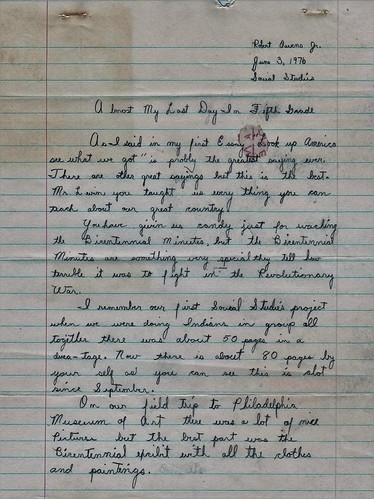 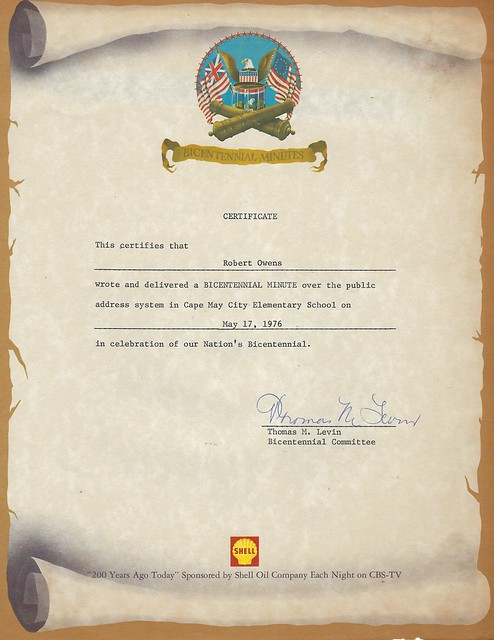 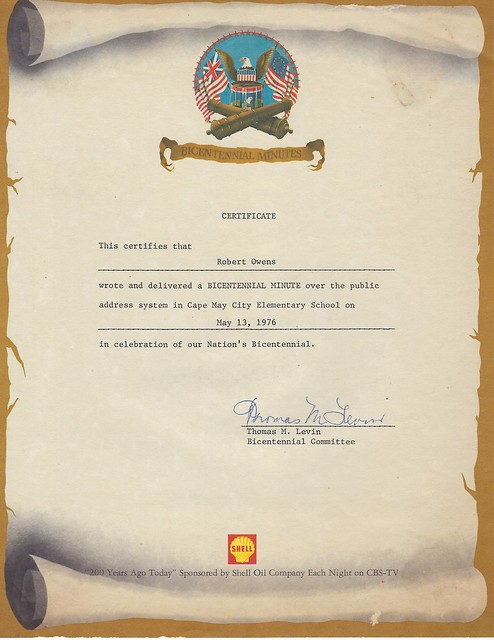 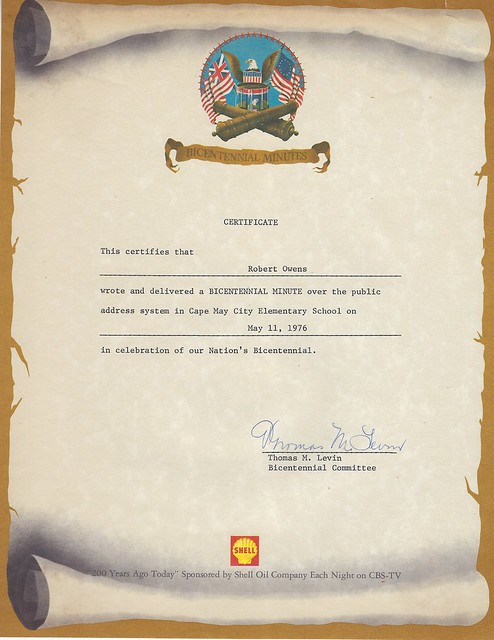 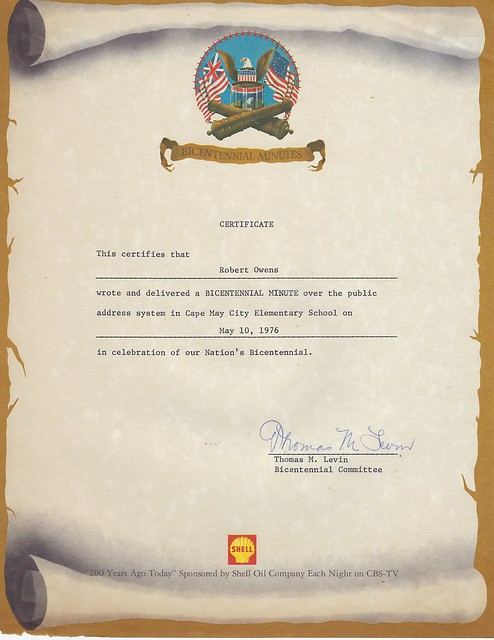 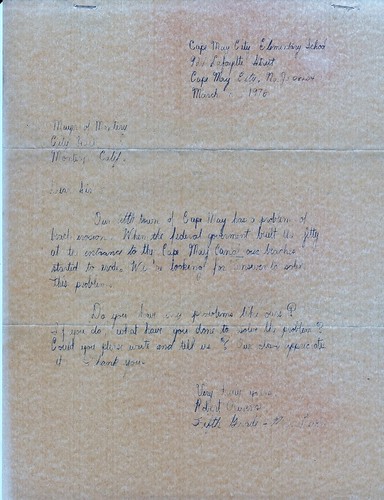 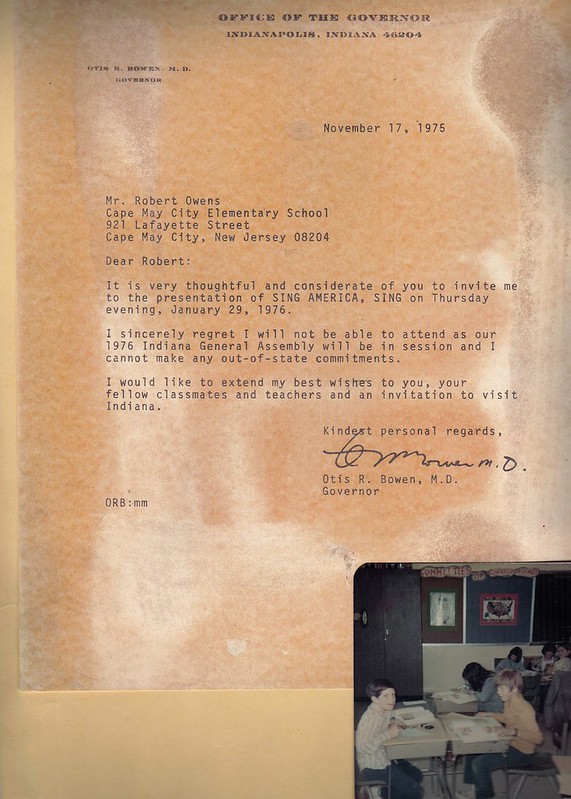 Being the Bicentennial year, our play in fifth grade was Sing America, Sing. Our combined classroom was about 50 students. We each wrote to a governor and invited him to the show. I had Indiana. Governor Bowen respectfully declined. 🙁

Mom baked a cake in the shape of Indiana for the class.