As I rebuild this blog, I become excited whenever I encounter a “new” pursuit. I am now in the middle of the Toastmasters posts. That has me looking at Toastmasters stuff. As I am wont to do, I began researching this organization again. What I found is a general dissatisfaction with Pathways and the approach of TI in general. That is exactly what I experienced before I left in 2018 . . . Dead & Company opened their summer tour on Saturday at Dodger Stadium. The field was full and most of the first level. Second and third levels were very empty . . . Picked up tickets for two Hot Tuna shows in December . . . Was reminded of something from my childhood that I haven’t thought of in years: black licorice gum . . . Dead & Company (Bob Weir, in particular) got me to turn off the livestream this evening. “God damn Supreme Court today!” line had me turn off the television immediately. I listen to chill, not hear politics that I do not agree with . . . I own four different bottles of gin. Who would have thunk that? . . .

Holly Bowling writes solo piano compositions of Phish and Grateful Dead songs. She has done other music too, but those are her largest work.

I just love this interpretation of Morning Dew. Fantastic! 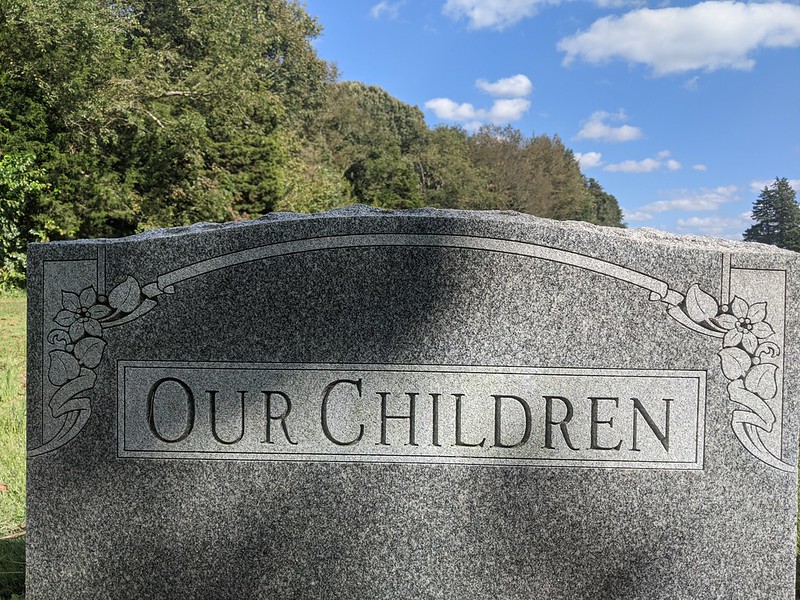 A toy telephone, an act of faith, a set of improbable circumstances, all combine to probe a mystery, to fathom a depth, to send a facet of light into a dark after-region, to be believed or disbelieved, depending on your frame of reference. A fact or a fantasy, a substance or a shadow—but all of it very much a part of The Twilight Zone.

A Billy Mumy classic! Always liked this far more than his interactions with the robot in space. One of the most thought provoking episodes I ever saw was the 80s-remake version of Theodore Sturgeon’s “Yesterday Was Monday” (with a young Adam Arkin). Of course, the Grateful Dead recorded the music for the show. But I digress . . .

As I drove by earlier, the ditch diggers were out. Just as I found the geocache, they returned. New hole not too far away.

All is in fine shape with this one.

Thank you for the trek down memory lane; I appreciate it. 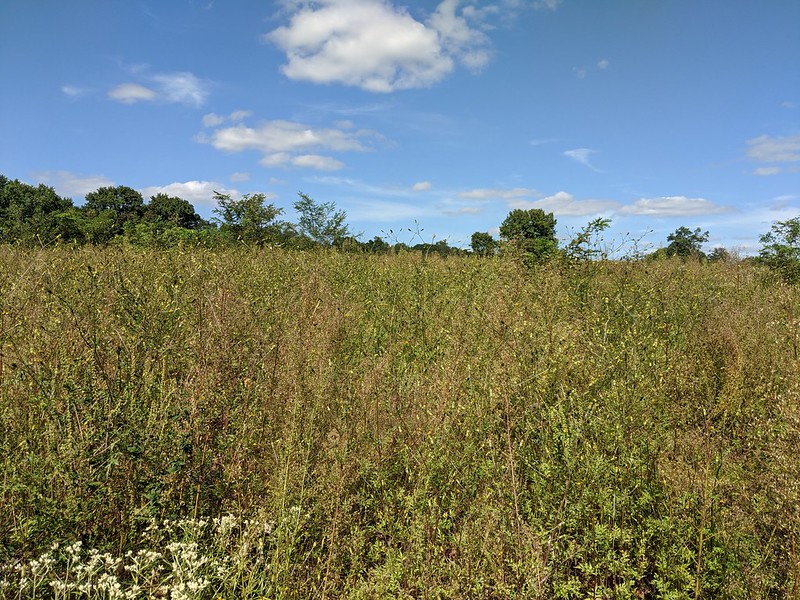 Thrity-two years ago this evening I was in the Spectrum watching the fourth show of the run of the Grateful Dead. Spirits were up as everything in my life was cresting. Times were good.

I sang to myself as I crossed the field. More than once I was tangled to the point I almost bit it. The Dead kept my perma-smile going.

I missed the access to the area. Because of that I climbed up and over. I am not as nimble as I was when I danced in Philly. 😉

Made it to ground zero without issue after that. Based on the timestamps of some photographs I took, I spent a little over an hour hunting this. I am sure I missed it; how could this possibly go missing? But I eventually called off the hunt.

As a teacher, myself, I long for a teacher’s aide. I would cherish such a resource. Alas, I walk alone. And at this time of the year, I always suffer. I suffer from hayfever and as a boy going back to school in September was always a sniffling adventure. It occurred to me as I trekked through this chest-high (sometimes even higher) stuff, this is exactly what I am allergic to. It was no surprise then as I drove home that my throat closed, my eyes watered, and I felt sniffle-y. Nothing that some antihistamine and a few Manhattans can’t conquer. 😉

Thank you for the experience; I appreciate it.

So, I am watching a Dead & Company rehearsal from 22 July 2016. This was prior to the evening’s concert. They worked through several songs they played that evening, including the debut of Easy Wind.

Easy Wind was a Pigpen song. As they practiced, Mayer kept saying there was an extra beat at one point. Oteil wasn’t picking it up. Neither was in the band (Mayer wasn’t even born) when the song was written.

So, what do the pros do in a situation like this?

Mayer whipped out his cellphone, found the song, and played it through his mic for them to listen to to hear how it should be played.

Today I felt an emotion that I have not had in 20 years; mail order for the Grateful Dead was announced!

Back in the day, the announcement of a Dead tour was a source of much merriment. To secure tickets, deadheads prepared their envelopes (after listening to the instructions over and over from the hotline number) along with the money order. Then we waited in hopes that our miracles would be fulfilled. The Dead were able to sell out concerts via mail order by selling tickets directly to their fans rather than subjecting them to the hell known as Ticketmaster. If you followed the directions, your custom tickets would arrive. Oh, the joy!

Today the surviving members announced shows to commemorate their 50th anniversary. It dawned on me that the history of the band lasts my lifetime. They played the first time a month before I was born. I will turn 50 the week before the three, and apparently only, shows they will play ever again.

Joining Bobby, Phil, Billy, and Mickey will be Jeff Chimenti (long-time keyboardist with Bobby’s Ratdog), Bruce Hornsby (a good friend of the band), and Trey Anastasio (from Phish).

Even before my wife arrived home I made plans. I checked: both the Cubs and the White Sox will be in town during the week. I have a place to stay nearby at my sister‘s. All was perfect!

Then I remembered. The last time I saw a concert in a football stadium was the Dead at Foxboro in 1989. I vowed never to spend another day crammed in with so many people again. Soldier Field will be even larger, I suspect. Eh.

And I adopted a policy of sitting in the front 10 rows at concerts to keep the idiots behind me. The Dead have not released the seating plan for the shows. Top dollar seat is $215.50. No guarantee where that seat will be. Am I going alone or will there be a second ticket at that price. The Dead, unlike other bands, spurs multiple shows since each evening is different than the one previous. In a three-night stand, there shouldn’t be a song repeated. That’s some cash to outlay for four guys who are putting on a three-night stand and then vowing never to play together again. If I opt for the $115.50 General Admission pit, it sounds like I could end up behind the board.

I loathe applying logic to this band. My repertoire of stories are replete with stories of seeing this band all over and the crazy ways of getting to those shows. There is one last journey down that path . . . do I take it?

I always loved it when the Grateful Dead played this. What a wonderful combination!

I used to play around with ultimate set lists. It was my opinion that this would have worked well pairing it with Jimi Hendrix’s Angel as the lead in and sequing into the Allman Brothers Whipping Post afterwards. Epic! 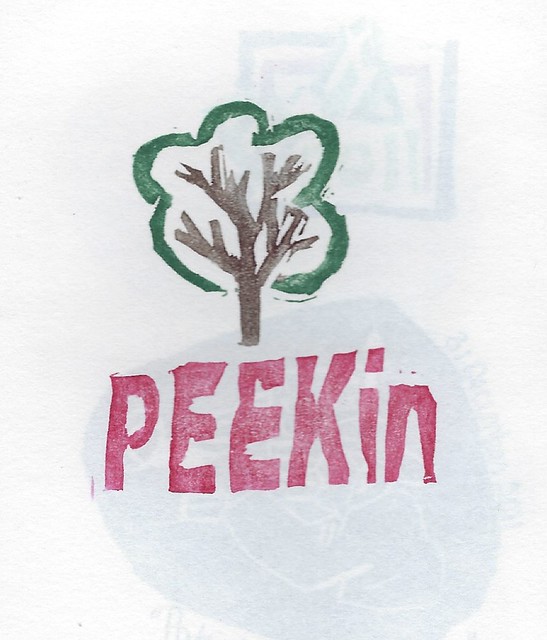 This letterbox is now archived.

Could be the last time, baby
I don’t know

Follow the road in.
When the trail crosses the road, turn left.
Then parallel to the road in.
70 paces at 55° from those golden kernels. Keep the cedar to your left.
Four paces behind the trail marker.

You know how they say you only hurt the ones you love? Well, it works both ways.