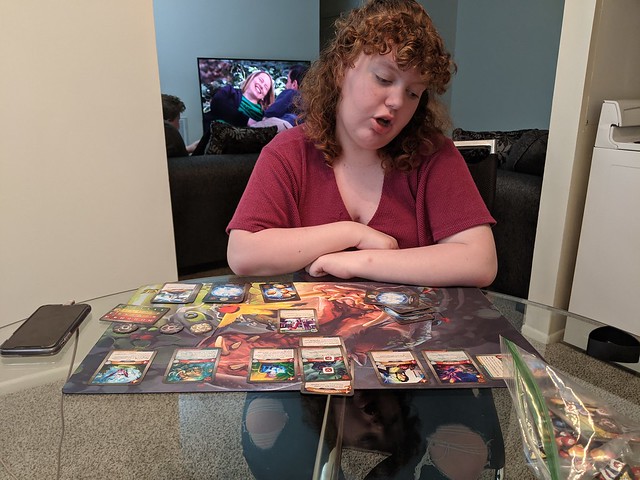 This was going to be a Keyforge marathon. Funny how it works when children are involved. After finding my mystery cache for the day, I went to Target to purchase some news decks (they had none), came home, cooked for everyone, did the dishes, and then set up for the first round.

Fritz announced he would not play. Beetle came out. I had two new Worlds Collide decks. We opened them and played. I misplayed the artifacts, which kept me from reaping for half the game.

Beetle had some combination that was huge. Finally drew a card that destroyed that. Then I got on a roll where I began reaping quite a bit. I took control. Beetle got her big creature going again. I was able to destroy it again. She also had something that made it really expensive for me to forge. I destroyed that too.

I just had too much for her to counter and I won.