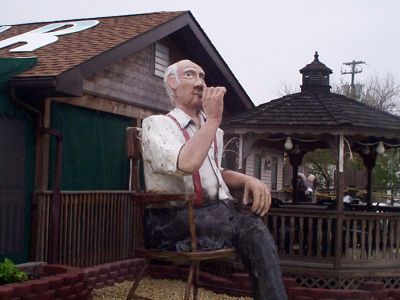 The first Off Your Rocker was hidden in a Cracker Barrel in Titusville Fl.
Isonzo Karst

When I am hiking, caching, surfing the web, etc., I used to use the name Frolickin. That name was retired, for the most part, in August 2004.

Since then, I have pretty much used the name Batona. Batona is the name of a 50-mile trail that snakes through the Pine Barrens in New Jersey. I spend a lot of time on this trail. The name came from the Hiking Club of Philadelphia who maintains this trail. Batona stands for Back to Nature.

Update
In August 2010 I registered RDOwens on Geocaching.com; I have logged some geocaches since with that trail name. In May 2011, I registered RDOwens with TerraCaching.com. My account with Navicache.com has been changed to RDOwens as well. This meshes with unifying all my online accounts. 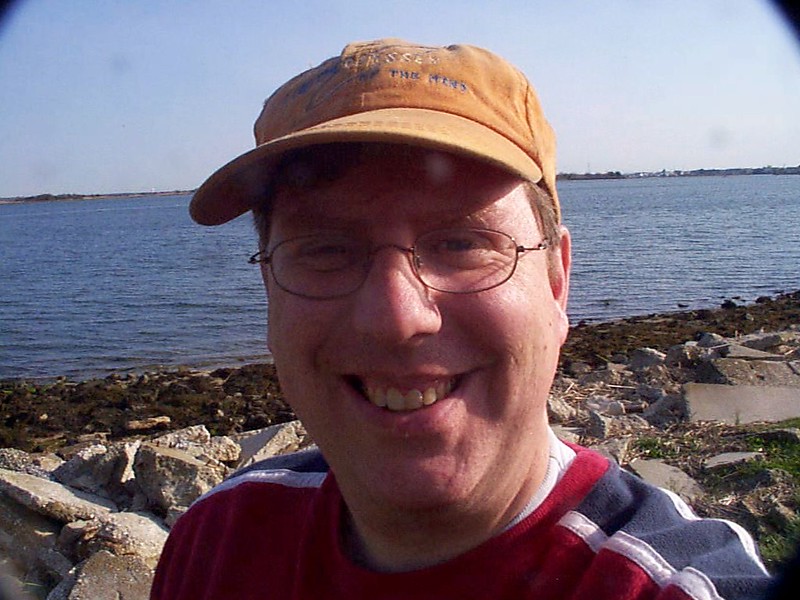 Was in town this morning and drove over to the inlet. Two months is too long for an initial find.

This was an interesting tribute.

Caching is an interesting game.

Back in the fall, I thought I had a few things figured out. I began my caching web site and put out some caches that were only listed there. There were good prizes in the final cache. I really thought it was going to be the beginning of a strong local group. That didn’t happen. The caches were not sought (other than Ken). It took a while, but I finally realized, despite the claims otherwise, it is indeed about the numbers. If it weren’t, then caches not listed on GC.com would be sought, if they were good. Mine, while not the best caches ever, were in new areas, had good numbers and offered more than the typical drive-and-dump.

Along with what I discovered about my privately-hidden caches, I learned that Navicache caches are just as shunned. Okay, most of mine listed there were virts, and perhaps not enough of a draw to get folks to log them. But I talked up holiday cache. It was in a good park. It was a good hunt. Since folks went there for Ski‘s Birch Grove Maze, what was the excuse not to log holiday cache? Now that is known about, none, as far as I can see. Then we discussed the “new” cache in the park. Ski pulled his and still folks refrained from seeking holiday cache.

Say what one will, if caching were driving the decisions, I would not be the only finder of holiday cache. Obviously, something else is at work. Numbers do matter.

So, during my hiatus I had a lot of time to get some stuff together. In my virtual travels, I discovered a new “local” listing on Navicache. CanToo had a virt at Turtle Gut Inlet. I could tell it was so close to the end of Sunrise, Sunset, it would have never flown at GC.com, even if virts were still approved in NJ. I waited nearly a month, two months since the cache was originally listed. Nope, no one would log this one, not even for a Woo Hoo, that everyone seems to love to toss around. Well, screw it, not only would I seek a virt, I would even post my log online! Competition is ultimately good. Perhaps one little log will spark a movement. I am just a dreamer . . .

It was easy work. At the same time I verified Ronzoni’s cache was still in place across the street. It was indeed an interesting plaque. The name sounded familiar. I keep wondering if I may have attended school with this person. I cannot be certain. Probably not.

Anyhow, another cache cleared from the map . . . 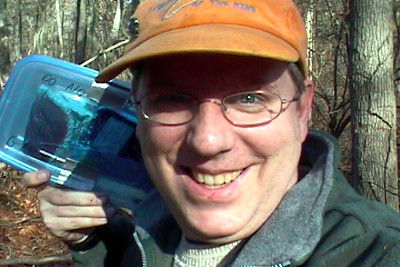 I was successful in finding this. Neat little park. I kept going back and forth on the islands to get to the other side. One path was wiped out with water . . . I didn’t feel like getting wet. 🙂 It was absolutely beautiful this morning.

I found the cache without issue. The bags were soaked, but the contents were fine.

Thanks for the hunt,
Fro.

I left some electrical adapters I picked up some time ago . . . I think it was the Just Call My Cache the P-Cache.

The only thing I took was a shot of Bushmills.

If you have no intention of loving or being loved, then the whole journey is pointless.