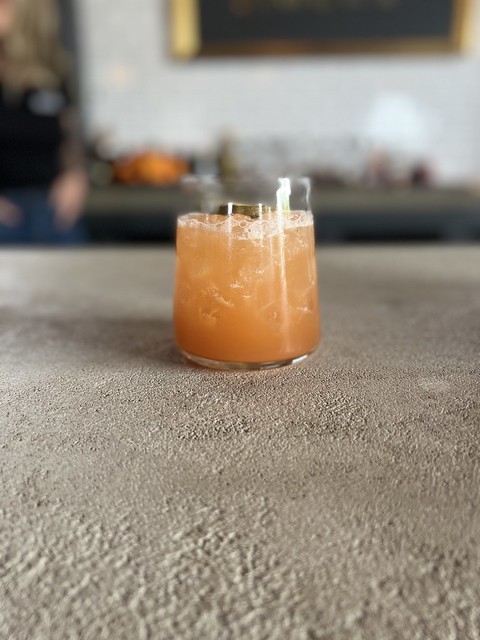 It has been a few weeks since I’ve been here and thought I would celebrate the weekend. 🙂

First up was the Hemmingway Rites Goode. This is Missin Spirits’ take on the Hemmingway daiquiri. Never a fan of grapefruit, this was fabulous! The lime, allspice dram, passion fruit, and bitters did their job to balance the acidity of the grapfruit. This is so good it is a cocktail I would order again. Tasty.

Not feeling anything specific from the menu, I asked the new bartender to select something for me. She (and Steve) were all hyped up on their version of the mint julep . . . of course made with rum.

I had had plenty of these last weekend. I’m going to say it, mine were far better. I can handle rum replacing the bourbon. It was the rest of the preparation that waned, specifically the mint. I believe it was muddled much harder than mine. It was not discarded as the poem states (I can handle that it wasn’t). But the bouquet was lacking. Nothing minty about this. The volume didnt seem great either. This went down quickly and nothing was left to suck up. Not their finest offering, imo.

I was still married to my ex-wife.
I should have written more blues songs.