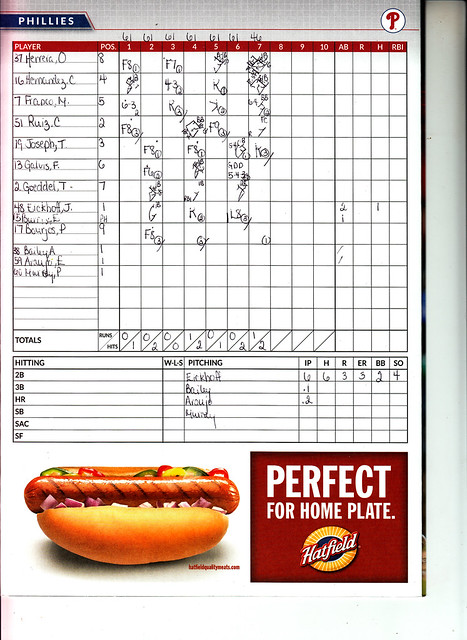 Went with Fritz and his Cub Scout pack. 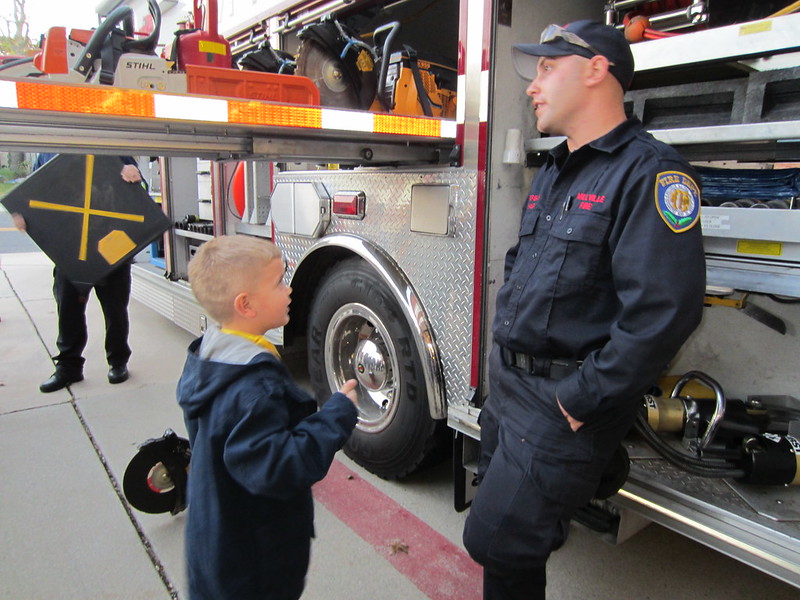 Tonight Fritz and I joined the rest of his Cub Scout pack at the Millville Fire Department. We learned a lot about firefighting. Fritz was a hoot and befriended this patient firefighter. 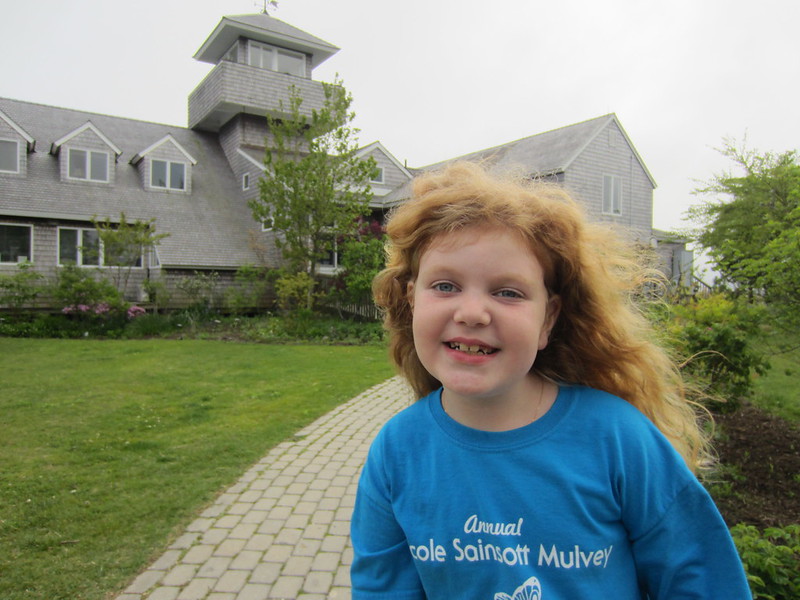 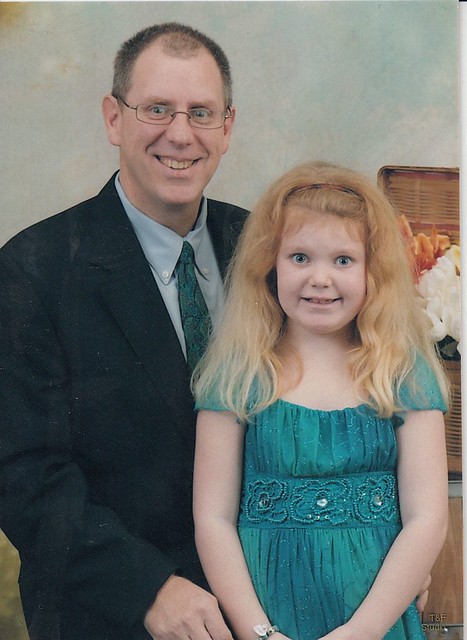 Precious evening with Beetle. Loved it! 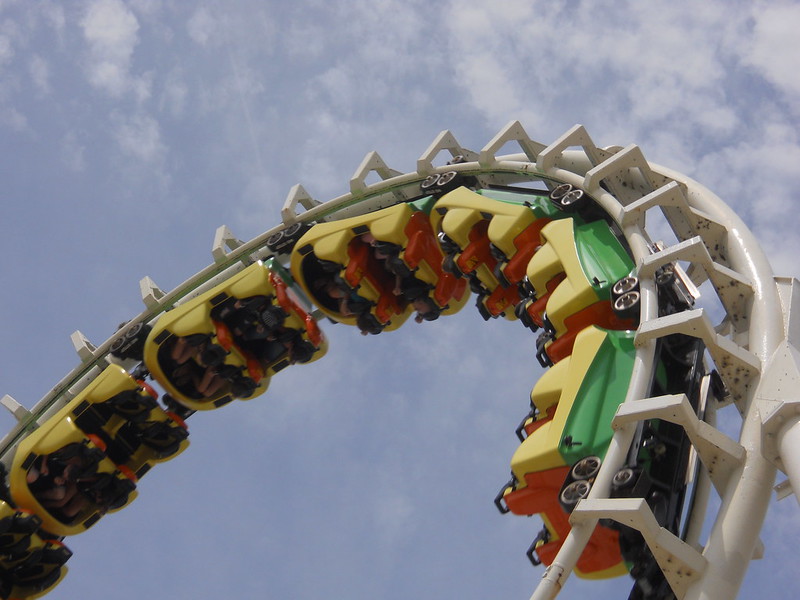 Beetle‘s Daisy Scout troop (Mommy is the leader) had a scouting day out at the Wildwood boardwalk today. The entire Girl Scout Council as well as the Boy Scouts had Raging Waters water park and Mariner’s Landing (Morey’s Pier) from 10:00 am until 11:00 pm. We had a blast!

The children loved every minute of it. Fritz, once we found the kiddie water park, was in heaven! He loves water. Next to the pier, on the beach, was ATV and motorcross racing. It was a lot of fun to watch. He rode on Moby Dick with Mommy too!

Beetle is a big girl now. She and the other scouts were such a posse. She had fun riding the rides. She went on the bigger part of the water park before coming back and climbing all over the logs.

We went out to dinner with our friends. We spent a lot more time there today than I had thought we would. We had fun. What a way to spend a family day. 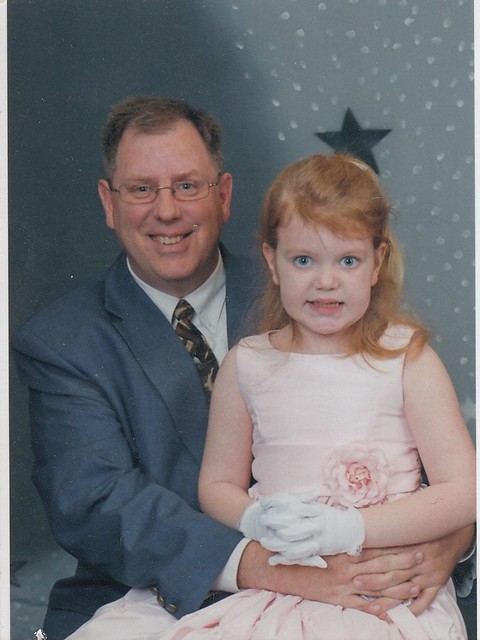 Beetle and I attended the Father-Daughter dance for the Girl Scouts. What fun! We were joined by Kyra and James Backman. This was at Merighi’s Savoy Inn in Vineland. 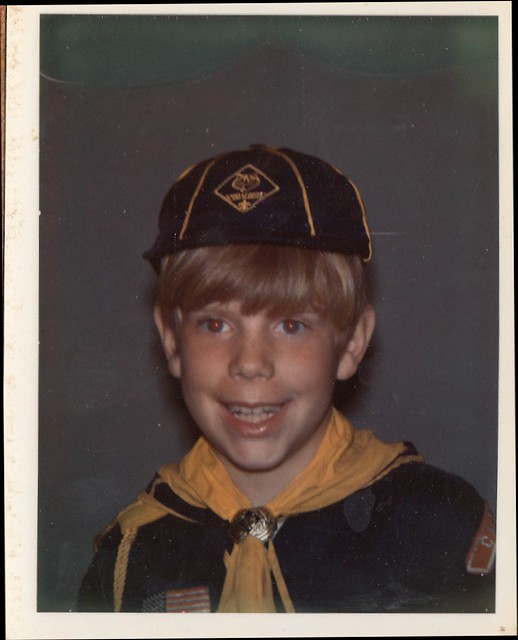 I don’t remember when I began, but I enjoyed my scouting experience. These photographs are from the evening that I won a lantern for having sold the most boxes of candy in the pack/troop. I believe it was 170-some.

One box I sold outside the Acme in Cape May was returned. Whoever bought it came back and said there was candy missing from it. I did not return the money. Looking back, it was most likely a scam. Who knows?

That lantern sat in the hallway closet for years. I never used it. I never went camping. (I didn’t until my senior year in high school) That ws one of the things I wished we had done.

Webelos was very good. We had a good den leader. Boy Scouts was another story. I could tell things were not organized nor well-run. That is when I left scouting. Going away for school probably would have interferred at some point too, but it would have been nice to have continued. Those who have earned Eagle Scout have my admiration.

Last night! Wonderful display and control of the English language and the humor made it even more “betterer”.