Seen recently on an H3: Jeep Recovery Service. Cute . . . One should not feel guilty for not seeing the people who jaywalk when they appear out of nowhere from between cars. Keep your incredulous looks to yourself and cross at the damn corner like you’re supposed to . . . There is something to pulling into my butcher’s parking lot and smelling the sweet smoke wood from the Klose smoker cooking someone’s dinner. That is just how a weekend should begin . . . I love how people speak so definitively, yet are so wrong. Maggie Collins wrote recently that census forms were not delivered to developments. Hogwash! We live in a development and received our form early on . . . Others have written recently that school budgets were not going to be acceptable unless they reduce the tax rate. Of course, those clueless writers don’t realize that Governor Corzine made that illegal . . . Chris Wheeler is a dunce. He just claimed that the Cardinals’ infield used to include Ken Reitz at third, Keith Hernandez at first, and Ozzie Smith at short. Newsflash! Reitz was gone before Smith was traded to St. Louis . . .

Philadelphia is blessed to have to have the second worst baseball announcer there is. Joe Buck is the absolute worst. Fortunately for the Cardinals, he does not announce all their games. Fox hires him and shares his horribleness with the rest of us. Grrr . . . In Philly, we get to hear Chris Wheeler daily. And somehow, he has worked it out to get more air time than Hall of Fame announcer Harry Kalas.

Locals know just how idiotic Wheeler sounds and how much he loves to hear himself talk. A local fan caught this snippet from a game and set it to music. Enjoy what we are blessed with nightly. 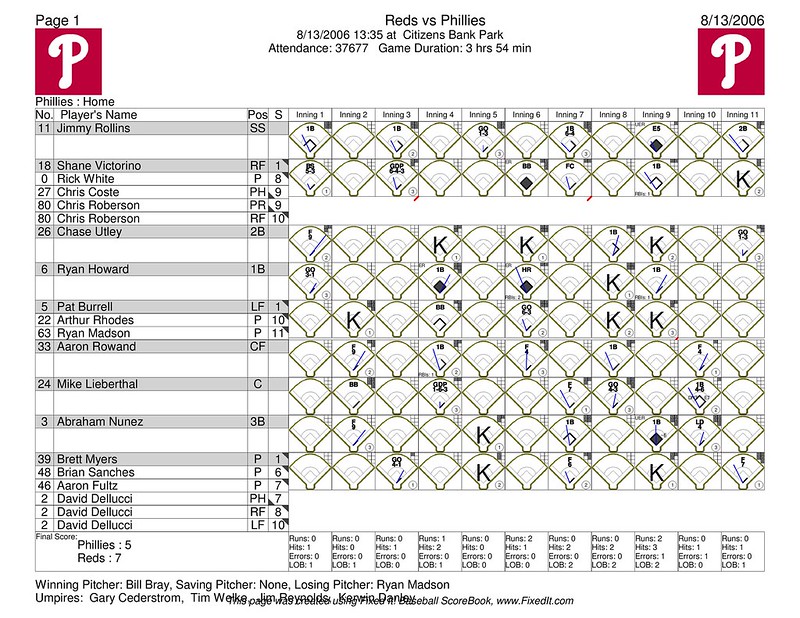 In the Chris Wheeler is still a bad announcer department, we had the lovely contradiction today.

Jimmy Rollins scorched a ball down the third base line in the seventh inning. Wheeler went on and on about how others have said Reds third baseman Edwin Encarnacion is not a good defensive third baseman. Encarnacion made a very good play on Rollins’ ball and almost tossed out the speedy shortstop. Wheels then pontificated that sometimes you can’t judge a player for a year. He was definitely indicating that he thought Encarnacion was a good third baseman.

That was until the bottom of the ninth when Rollins got on base yet again. This time, however, it was compliments of a fielding error by the aforementioned Encarnacion. All of a sudden, Wheels reversed course to to tell us how bad of a defensive third baseman the Reds player is.

While Harry is losing his touch, he and LA make for a far better announcing team. Wheeler is horrendous at his job . . . he bloviates just to keep talking.

Their robes were black, their heads were white,
The schoolhouse doors were closed so tight,
Nine judges all set down their names,
To end the years and years of shame.

— David I. Arkin and Earl Robinson, Black and White