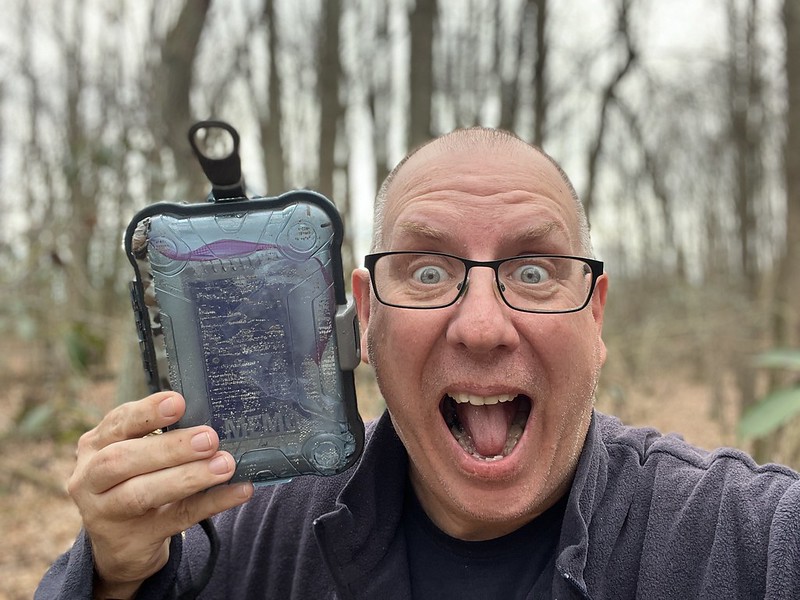 This was one of two focal points of the day although I didn’t get here until late in the day. This was my first day out geocaching since surgery. Being conscious of my knee, my day was mostly drive-by stuff. This was my big hike. 🙂

Lots of folks here. Made the trek and liked going into the woods. I picked my footfalls carefully. Made it to ground zero and spotted the geocache just out on the ground. Perhaps an animal had dislodged it from the hiding spot. I did note there is a signature after SJT’s. Didn’t recognize the name so perhaps someone stumbled upon it. Who knows?

All is in fine shape with this.

Thank you for having a Wherigo I could complete with a gimpy leg this month; I appreciate it. 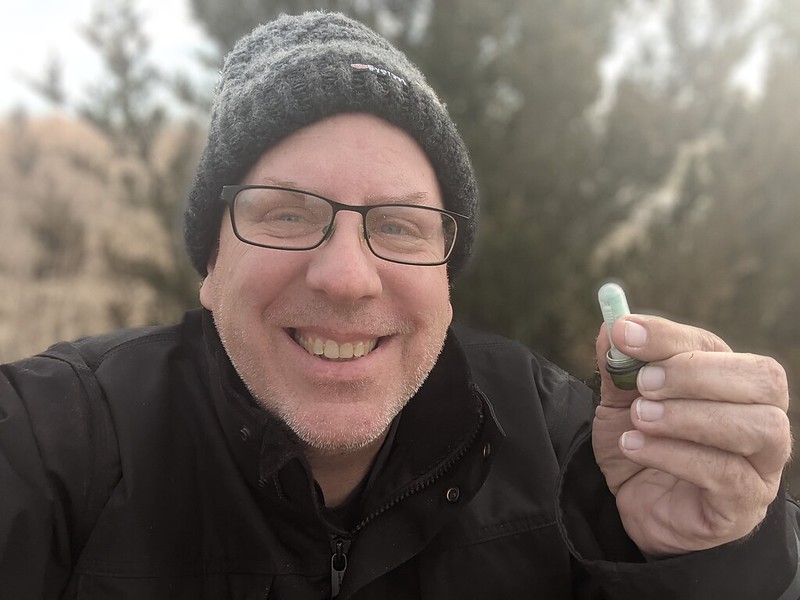 Wherigo has fascinated me since it was released. I suppose Adventure Labs have supplanted them now, but I always enjoy chasing them. Needing one for a challenge I am working on, I headed here for a lovely tour around the Blueberry Capital of the World. ‘Twas familiar with most of the stops.

All worked well. I didn’t receive a confirmation code., but that may be because once I obtained the coordinates, I didn’t close out the cartrdige.

Returned to a place I’ve been to a few times before to retrieve the geocache. Really enjoyed the camoflauge on this one.

From start to finish, this was an enjoyable experience. Thank you for putting together my late morning entertainment today; I appreciate it. 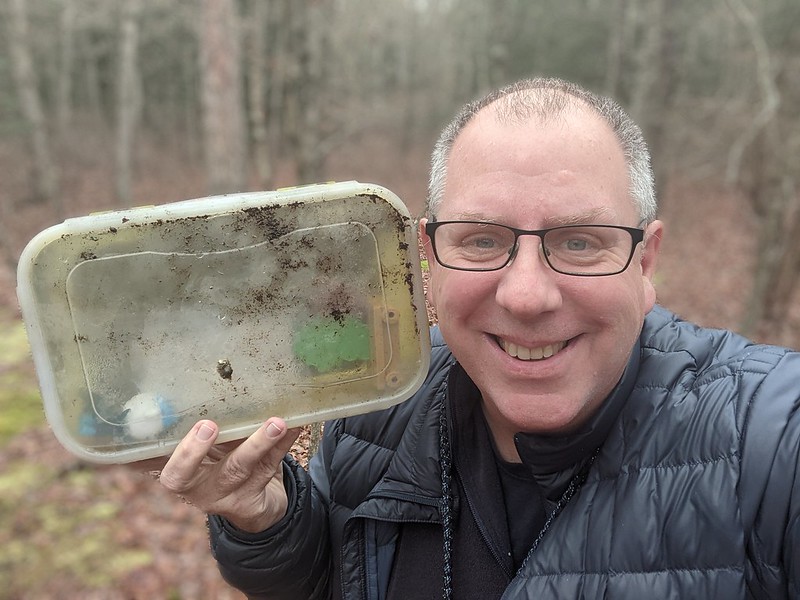 Can’t remember when I solved this . . . probably a couple years ago. Needed a Wherigo for this month for a challenge I am working on so after the Avalon event, drove home for a moment and then headed here.

Perfect stroll through the woods to this one. Found without incident. Left the mystery ornament JK186 made and gave me this morning. It’ll make a nice addition to next year’s tree for whoever picks it up.

Thank you for the fun hangman Wherigo; I appreciate it. 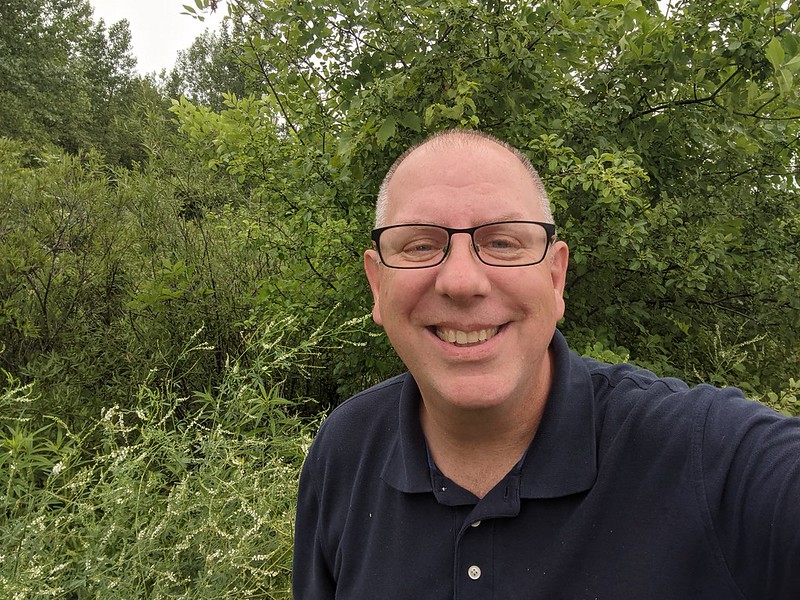 Got off the plane from Philadelphia and drove directly here . . . well, after some turns, I guess. Got to the area and spotted it. A light drizzle was in the air, but it seemed to clear up after this one.

The log was very wet. Struggled getting our stamp onto it therefore resorted to a pen, which worked much better.

Thank you for creating this for me to enjoy; I appreciate it. 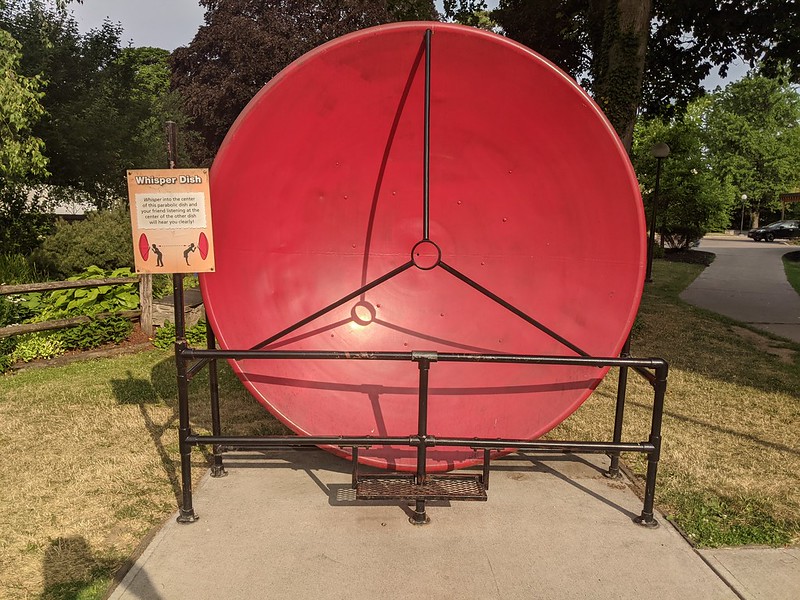 First of the day. It dawned on me last evening as I rolled into Rochester that it was 33 years ago today that I was last here. Saw a wonderful Grateful Dead show at the old Silver Stadium. Only time they played Green Onions!

Anyhow, drove over here and played the cartridge. I expected issues with number 4 but got the correct answer right off.

Tough retrieving the final amid a children’s summer camp and security. The log is full. If the answer to complete the cartridge is on that log, I missed it.

Thank you for putting this together; I appreciate it. 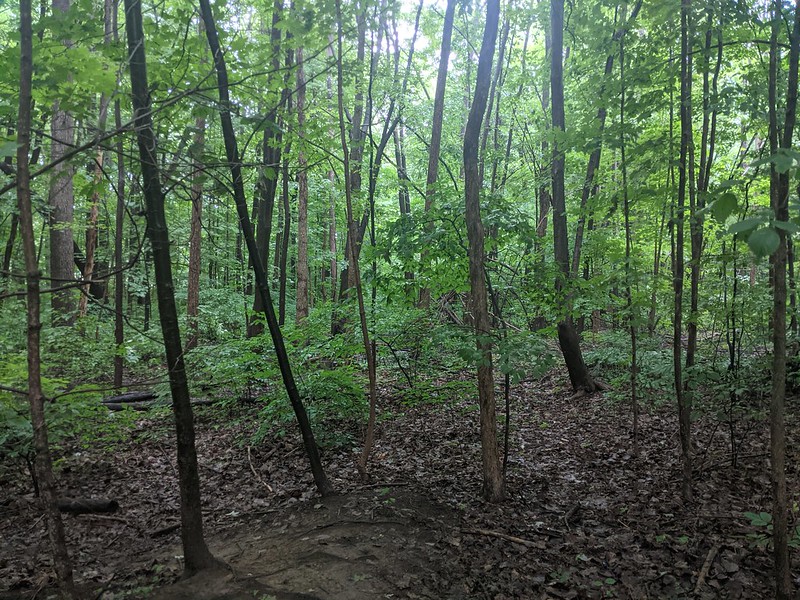 This just was not meant to be for me today.

This Midwest adventure had been going perfectly. Yesterday, I spent the day cold and wet. I truncated some of my caching in lieu of sleep. 😁

Got my laundry done at the hotel last night and prepared for today. In addition to caching, baseball is a focus of this trip. Having never been to Detroit before, I looked forward to going to Comerica today. With the rain yesterday, start time today totally changed. No biggy as the earlier start worked to my advantage. I solved this Wherigo and thought I’d nab it on the way to the game.

Weather doesn’t look promising. As soon as I left the vehicle, the rain came. Found the path. It’s like the swamps of Jersey from home. Traversed what I needed to and walked in circles for an hour. I am now thoroughly soaked. No game for me today. 😢 More sad is that I couldn’t find an ammo can. Found lots of water jugs with hydration tubes coming out of them that were fastened to trees.

Oh, well. Onto the next.

Thank you for creating this for me to experience; I appreciate it. 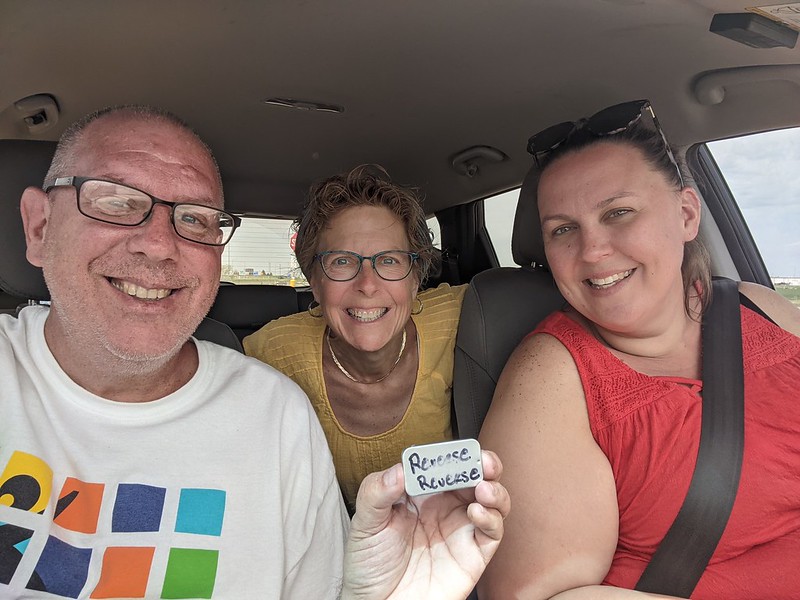 The 20th anniversary celebration of Mingo (at 21 years) is also my 20th year geocaching. Mingo has been on my bucket list for much of that time. It finally happened this week. After a full few days of caching, today was set for a relaxed icon day with events, the Maze, escape room, and the focal point of the trip: GC30.

First of all, thank you for publishing this and the other WIGs this week for the event. This kept us from driving quite a distance to do one today. It was an enjoyable cartridge to complete to find the geocache. Thanks for putting this together for us to find; I appreciate it. 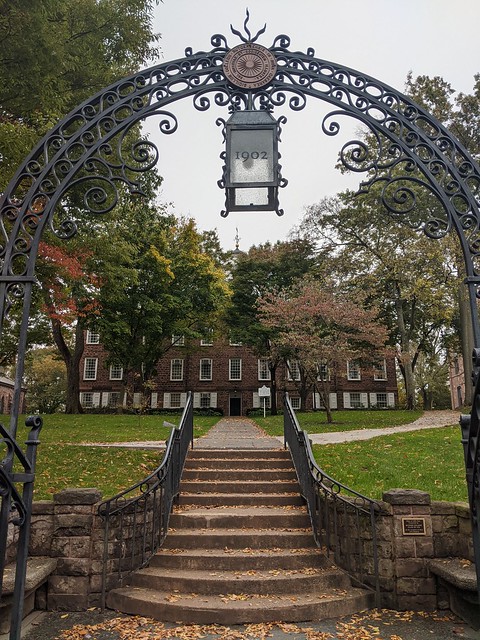 After caching in Manchester Township, I decided to head north to be in the area of the event. I wanted to complete a Wherigo today, so I targeted this one.

Just as I arrived, it began to rain. By the time I finished it was a rather steady rain.

I haven’t spent much time at Rutgers. I took a certification exam here about 15 years ago. It seems to me around then I cached a little here too. Prior to that, it had been 20 years since I came here. Oh, what a night. I attended college in Pennsylvania. One evening sitting around, apparently bored, someone came up with the idea of driving to Rutgers. He knew someone who was in a fraternity. He called. They were in the middle of a blow-out party and we were encouraged to drive over. I don’t think we left PA before midnight. I seem to recall a run to a doughnut shop at some point. I have vague images of being at Rutgers that night, but I couldn’t tell you what, who, etc. I think it is fair to say it was a rollicking party. 😉

Today was far tamer. Made the pleasant walk down and through the college. The cartridge worked well. I forgot (I guess) to get the confirmation code once I made it to the geocache. I found that without incident and signed in. All is well with it.

Thank you for the lovely stroll (down memory lane); I appreciate it. 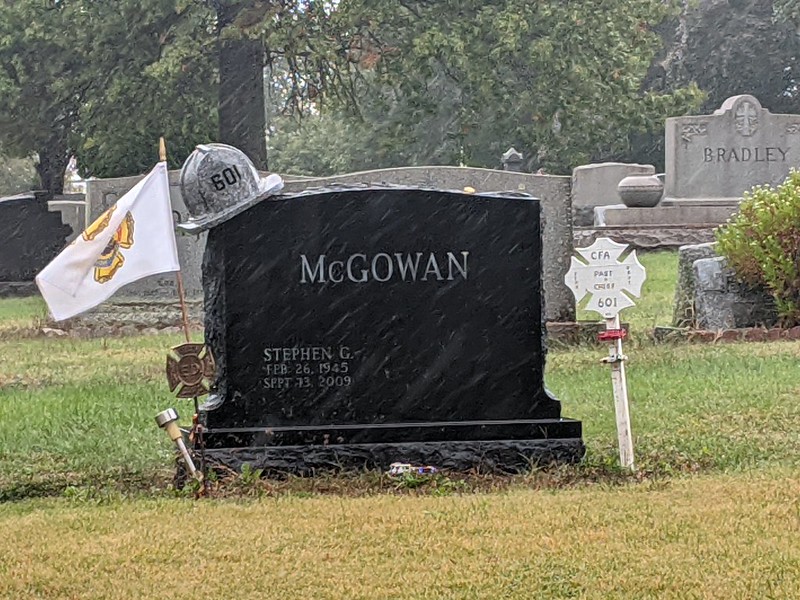 This was just the kind of Wherigo I needed today: one that could be driven. Thank you! The heavens were purging its excess and it was coming down.

The cartridge worked flawlessly. So happy I have found WhereYouGo.

Enjoyed the cemetery. Not surprising, I had the place to myself along with the residents. Found each stage without an issue as well as the final. All is in good condition.

Thank you for setting this up; I appreciate it. 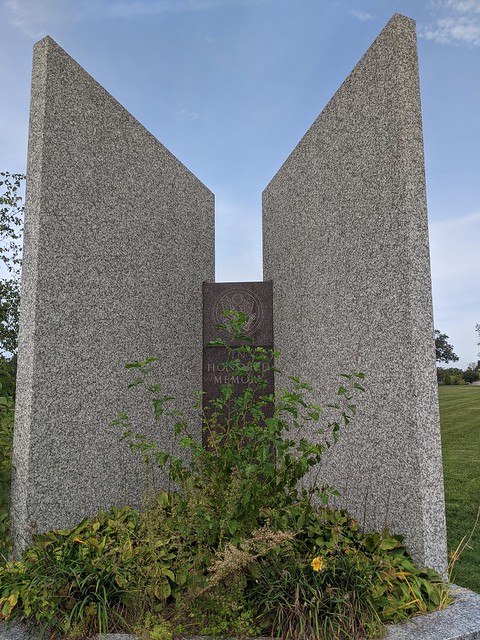 On 24 February 2008 I ordered my Garmin Colorado 400t. I purchased it specifically to play the “new” game, Wherigo. I was excited. I loved the new twist on location games. And while there were some kinks playing initially, things settled down and life was good playing Wherigo for a while.

I almost attended a conference to learn Lua. I passed and it seemed like much of the community did as well. Twelve years later, that GPSr rarely could load current cartridges or play them as intended. I actually gave away the GPSr a while back.

There haven’t been many Wherigo caches that I have done of late. But in August I played a fun cartridge in Santa Claus, Indiana. Yup, that name is correct. It was a fun town.

Deciding to give it another go, I downloaded this cartridge and attempted to play. Truth be told, that was Friday. Oh, I was so frustrated. I re-started the cartridge thrice. Each time the player crapped out. I bagged it and drove home and had a cocktail.

Today I was back in the area. I decided to give it another attempt. I plowed through the first two locations without issue. At the third, despite standing exactly where I needed to be, the app would not present the question. Frustrated again, I got into the vehicle to drive off.

Then I decided to give a different app a try. That’s the ticket!

Other than not understanding how this cemetery has decided to label its areas, all played just as expected. I too had to guess at two of the answers. If the answers are in the field, I didn’t see them.

I re-positioned to where I figured it would be. Found the geocache without issue. It is guarded sharply.

What I learned: Geooh GO is an app that was not worth the purchase. It failed in the field. WhereYouGo worked as expected. Now I know.

Thank you the time and effort you put into this Wherigo; I appreciate it.